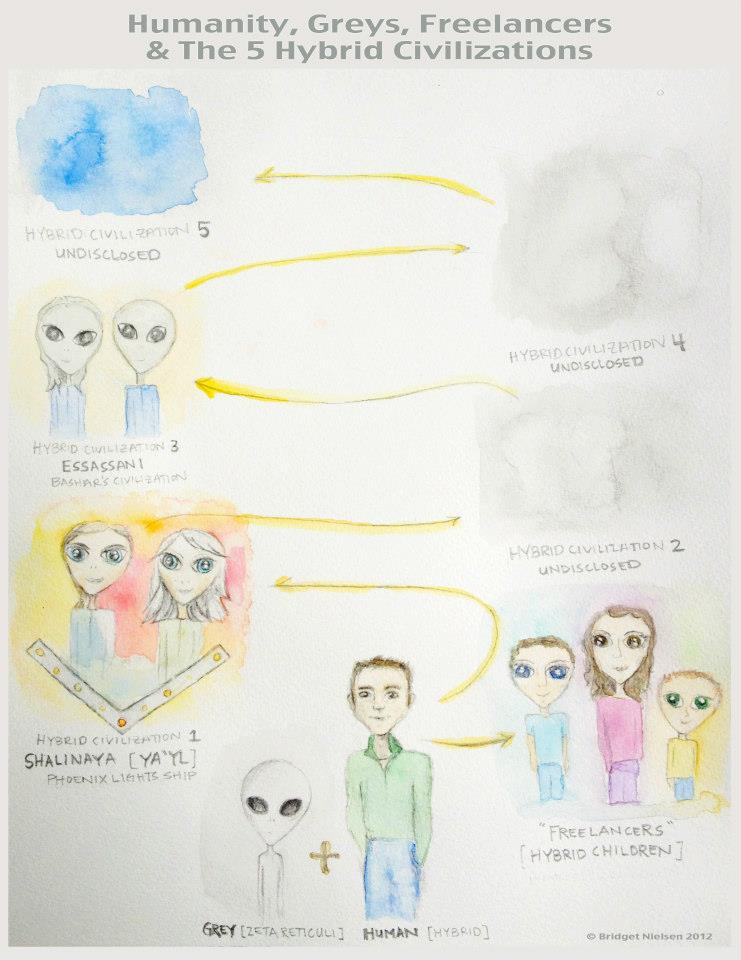 There are five Hybrid civilizations that have been produced from the Grey/Human hybrid program. Shalinaya, Sassani (from Essassani, Bashar’s civilization), and three others. The Shalanaya will be the first to make contact. The Sassani will be the third. These civilizations’ accelerated timelines have allowed them to evolve thousands of years beyond our present state of evolution. 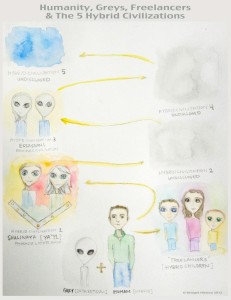 Time has been accelerating on Earth more and more, and we have evolved to the point where we will soon be making contact with our galactic family. As of December 21, 2012, the extraterrestrials’ self-imposed quarantine will be lifted and it will be our energy that will determine when contact is made. There is no prediction of the future; there is only the present sensing of the energy now. Based on the sensing of the collective energetic momentum now, by about 2015 everyone on Earth will know without a doubt that ET’s exist and isolated contact will have begun. We will have full open contact by about 2025 and will be integrated into the Galactic Federation by about 2050.

There is a sixth group of hybrids known as the “Freelancers” who have been kept on a similar timeline as Earth’s. This “Freelancer” group of hybrids is “hitching” a ride with the Shalinaya. They are literally our hybrid children and are genetically part us. They will be placed with their actual human parents, if they will have them, and with others who are excited to have them. It is human nature to be open, accommodating, and attracted to children, especially our own children. This is why the Freelancers are coming with the Shalanaya, the first to make contact. It will make the differences easier to accept.

The hybrid children will act as step-up transformers that will raise our vibration and prepare us for contact with even higher vibratory beings. They are a vibrational step up, but not so much so that it overloads us. The other five hybrid civilizations are of a higher frequency and we will need to take gradual steps to build up the ability to be with them on an extended basis. 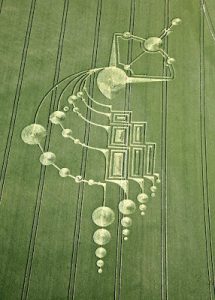 All humans are hybrids. Genetic material from the indigenous hominid or ape was combined with extraterrestrial genetic material to create what we are now. We humans are the product of Ape, Annunaki, Pleiadians, Sirius, Grey and four other civilizations. The children presently being born to humans on Earth are a different species and are referred to by such names as indigo, crystal, and star children. All of them are energetically “more light” and many of them have also been physically altered in the womb to include hybrid genetic material, which makes them more like the Freelancer hybrid children who will be arriving with the Shalanaya in spacecraft.

As humans we must do our own personal work so we can meet our galactic hybrid family halfway. We do our work by letting go of acting out of fear and by following our excitement. This will expose limiting definitions that are not working which we can then transform and integrate in order to raise our vibration and prepare us for contact.