A Visit from Bashar’s Mom! 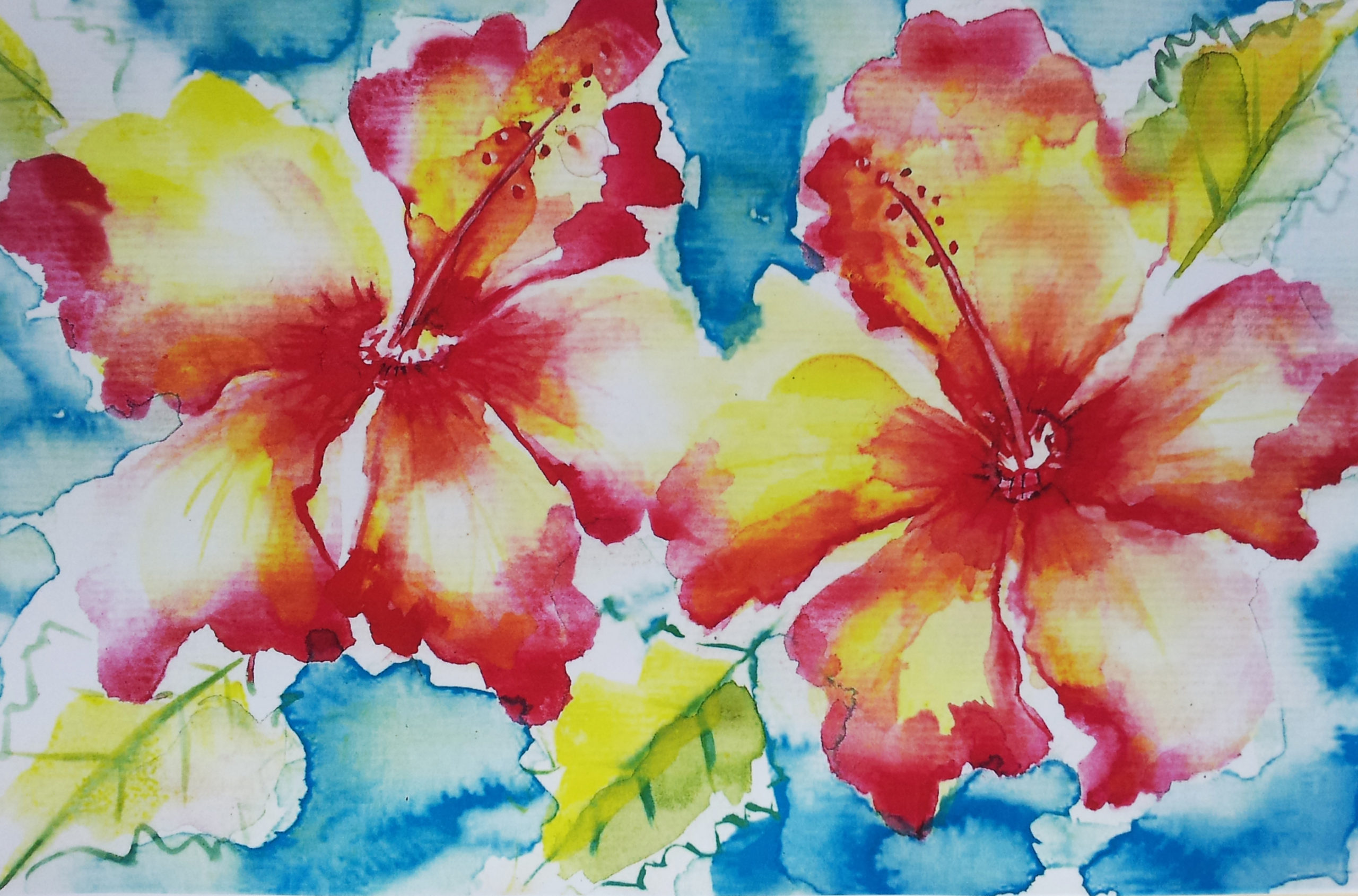 During the summer of 2010 I realized that although I’d heard Bashar speak about his father, I’d never heard him mention his mother. So I asked about her. Turns out she goes from planet to planet creating physical spaces for physical contact to occur. Pretty cool. I asked if she was working anywhere on Earth.

“No,” said Bashar, “but she is excited to be doing so in the near future. She especially enjoys working with what on your planet you call hibiscus.”

My father loved hibiscus. Every fall he’d dig them all up, put them in big pots and place them in his dome in the backyard over the winter. Then every spring he’d drag them out and replant them. A lot of work. A labor of love.

I asked Bashar what his mother’s name is. He said I could choose one myself. I did. Mirabella.

After more than 40 years in huge cities – New York, Los Angeles and London – I decided in January to move to Idyllwild, a town of 3,500 souls 5,300 feet up in the mountains of Southern California, partly because I figured I’d be able to communicate more easily with my hybrid children in a more natural setting.

Last September my hybrid son Albion suggested that I create artwork of the hybrid kids to put on the website. A few weeks ago, sitting in my little mountain cabin, I started on my watercolor of May, one of my hybrid daughters, who loves tea ceremonies. I decided to paint her preparing a tea party for her human friend coming up the path. 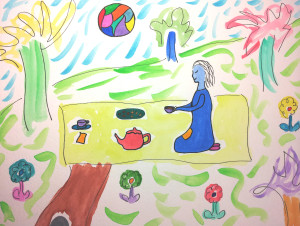 Albion, who is a musician, sometimes creates etheric music for me. When I first heard it, I worried that I was going a little wacko but when it kept happening, I realized what a profound gift it is. As I worked on May’s painting that evening, Albion’s music came in louder than it ever had before. Beautiful. Unmistakable. I thanked him and carried on working.

Later that night, I finally got around to hanging some of my art: my Holotope, Bridget’s painting of my Grey counterpart, another friend’s heart painting – and the watercolor of two hibiscus flowers I bought in Hawaii to bring in the energies of both my father and Bashar’s mother, with its vibrant reds, blues and yellows.

The next night, when I sat down to work on May’s watercolor, I was suddenly slammed by an on-fire heat like nothing I’d ever experienced. I was shaking so hard I literally couldn’t hold the paint brush steady. I went to bed.

During dreamtime that night, I saw undulating reds, blues and yellows, just like in the hibiscus painting. They morphed into amber, then turquoise. I knew it was the energy of a new guide but had no idea who or what it might be. The next morning as I meditated, I thanked him or her for showing me the energy.

This is the answer I got: “You are welcome. I will give you a name so that you may contact me more easily.”

I said, “Thank you,” and continued to meditate. “Mirabella!” A crystal clear hit.

Bashar’s mother! I was beyond thrilled. She let me know that even though she’llact as the point person, it’s actually a collective: Shakani, other beings from other dimensions, and of course the hybrid children.

Last year, thanks to Bridget’s painting, I learned to love my Grey counterpart.  In my new Idyllwild digs I chose to place the Grey on the wall where he can see both into the living room where I do my artwork of the kids and my home office where I write.

Later that day, as I sat looking at him, pondering the amazing experiences I’ve had in the last four years, I had an epiphany: “To fully grasp that I chose to be a part of the hybridization program is to fully grasp how powerful I truly am.”

My hybrid children cheered. So did Mirabella.