A Visit from the Celestials! 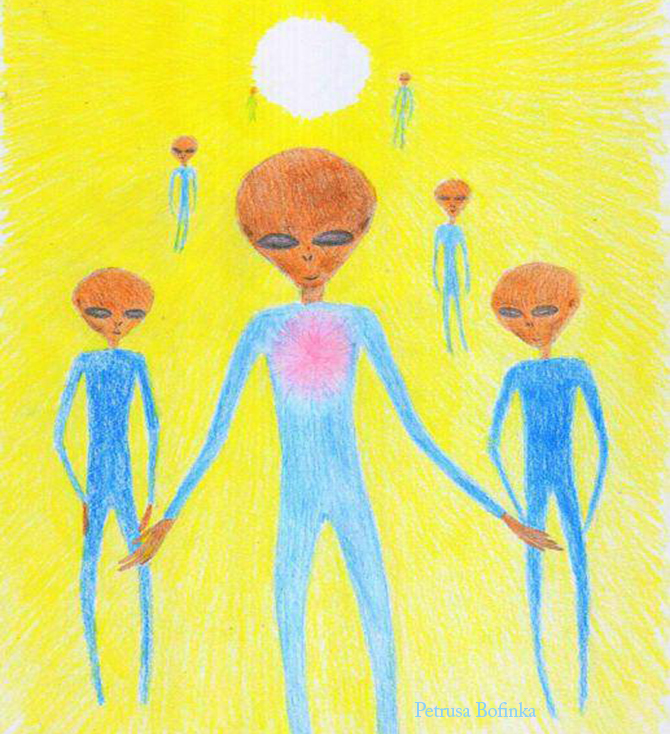 In June 2009 I was on holiday in Crete with my son Mirecek, my friend and her daughter. A few days later (June 19, 2009) as I was sleeping, I spontaneously shifted into another dimension. I was in beautiful daylight, yet it was an unusual light. I saw the silhouette of Celestials as they slowly walked up to me, treating me very carefully. I felt their stunningly beautiful Love. As I approached, we immediately embraced. I felt like it was real.

They have cinnamon skin, slim figures and larger heads than me :-)))). Because of their large heads, at first glance they seemed unusual, but then I realized they’re actually very beautiful. I stayed in the other dimension, then slid with the Celestials from that dimension into our dimension. Half asleep, I still felt I was in another dimension, and I knew the Celestials were present in my room in Crete.

My physical body vibrated and shook slightly as I thought of the experience I had as a little girl after heart surgery. At that time, my body shook as the soul prepared to exit from the physical body. As I thought of that, I went back to the other dimension and saw another 7 Celestials waiting for me, wanting to hug me. I did not expect that, but I was so glad, I hugged them immediately. I stayed there long enough to hug everybody. :-))

Thank you. I appreciate the Universe and beloved Celestials. I love the Celestials. 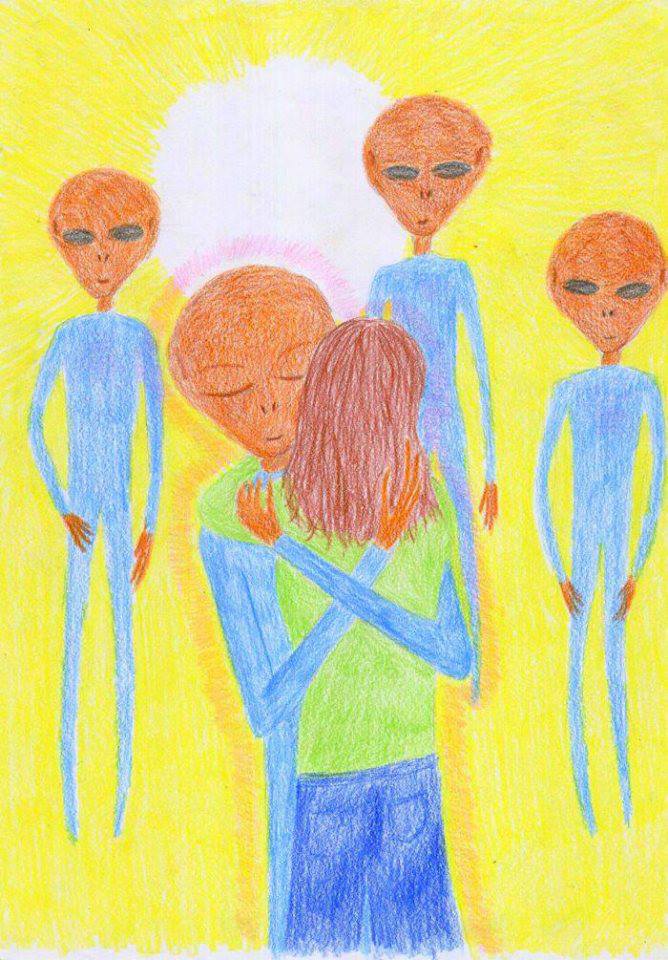