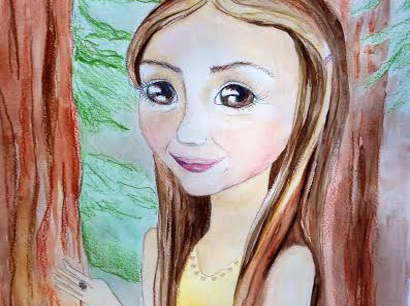 Meet Amber. I met her LUCID on a ship! 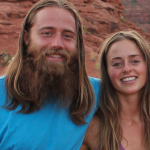 The first night I was with Patrick Haize (Harmonious Earth Community Member), I woke up in the middle of the night in a deeply emotional state. I KNEW something significant had just happened so I went back into the dream… Looking back now, I feel my determination helped me to consciously go back and retrieve the memory…. I knew that I was on a ship, so I played like it was a regression and let my consciousness relax. On the ship I turned a corner and in a small corridor there were two children, a 8 year old girl and a little boy standing in front of me. The girl immediately telempathically communicated that she was mine and Patrick’s daughter, then she said, “My name is Amber.” I couldn’t make out her face at the time, though I “tried” to. She felt me trying and started playing with me, making her eyes into tiny little buttons, because she knew I was searching for her BIG hybrid alien eyes. We laughed. It was a deeply emotional and connective reunion. 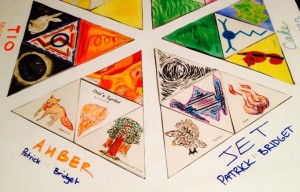 In early January our community played the Pow-WoW Hybrid Game where I learned more about her brother, my son. His name is JET. Amber and Jet are two stones that are highly magnetic and were used together, by wizards in magical rituals.

Around that time my highly attuned friend from Salt Lake saw an amber crystal ring at the store. When she saw it, she heard a little girl’s voice tell her to buy it for me. A few days later I posted on Facebook, asking if anyone had any extra amber they could send me. She went back to the store and bought the ring Amber told her to. 😉 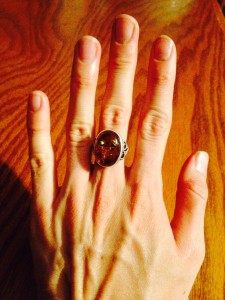 Amber appeared to me again, 6 months later, on my first day of Vipassana, which is a 10 day meditation retreat.  She appeared to tell me she was with me, supporting me in my intensive venture.

I felt her presence again, very strongly, when Patrick and I arrived at the Redwoods a few weeks ago. She sent us there, to her place of resonance. She wanted us to connect with her favorite trees~ the ambassadors of the tree kingdom. It was an incredibly powerful experience.

Since I was little I was always attracted to trees and AMBER stone. Amber is petrified tree sap. She definitely holds ALL of the gooey wisdom of the trees crystallized into her little hybrid self. 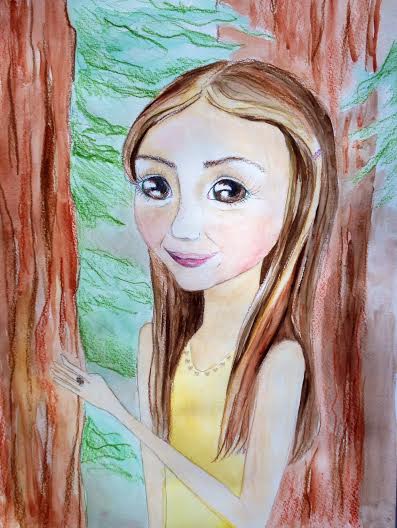