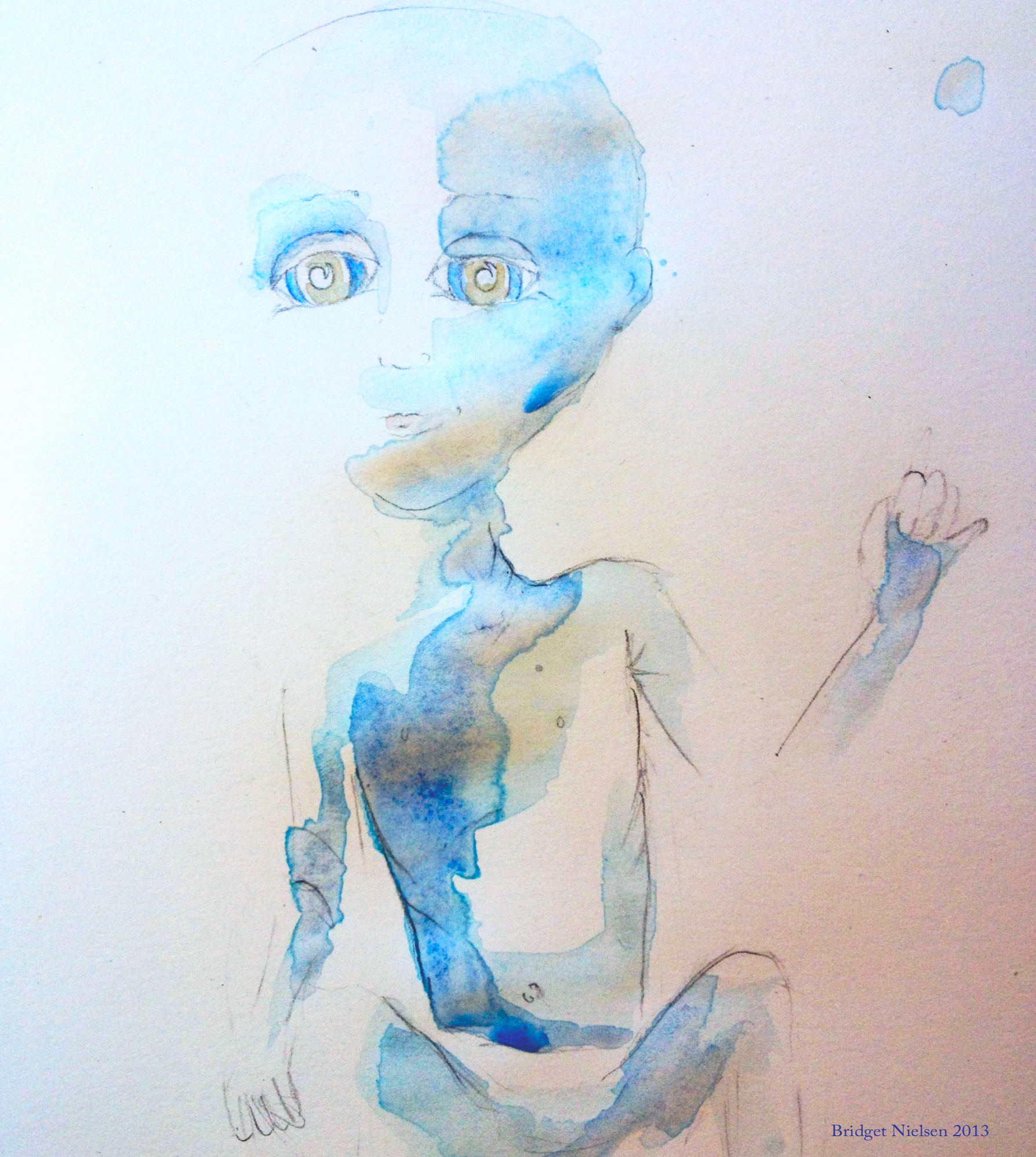 Christmas Eve I had a dream, resonant to many I’ve had before~ being a baby-dropping negligent momma!!

I “dreamt” that I had just given birth to two children. One was a newborn and the other was a few months old. I freaked out when I saw them each wrapped up tightly in a white sack with no breathing room. I gulped at the likely possibility that my babies were dead as I ripped apart the cloth and plastic. I pulled out this little baby and held him in my hands… He was bluish purple and quite frail. I assumed he was gone…. I put my finger on his heart~ just one~ and gently tapped to see if I could get his heart going. In the hustle and bustle of my own fear I hadn’t realized he was looking straight at me. All of a sudden I heard him talking to me telempathically saying, “I’m fine, momma. No need to worry.” I was overjoyed!!!! I held him close with overwhelming love. I then unwrapped the other kiddo and he was happily alive as well!!

Later in the dream I had the two in my car, while I went into a store. I ran out a few minutes later worried that I left the windows rolled up on a warm day. Again, they were fine.  These are human-filtered experiences from my time on the ship with my hybrid children. Now I’m not a worrier in my everyday life, but there’s something about motherhood that awakens this unhelpful energy.  I’ve noticed that human mothers over-worry and over-coddle their children due to fear, adding to the incessant neediness that perpetuates our race.  The hybrid children are created in test tubes on the ship. Some of them mature in the human mother’s womb on ship visits or on Earth. I’ve heard stories of human mothers being pregnant with an altered hybrid human baby for up to 6 months and then the fetus is taken out to be birthed on the ship. 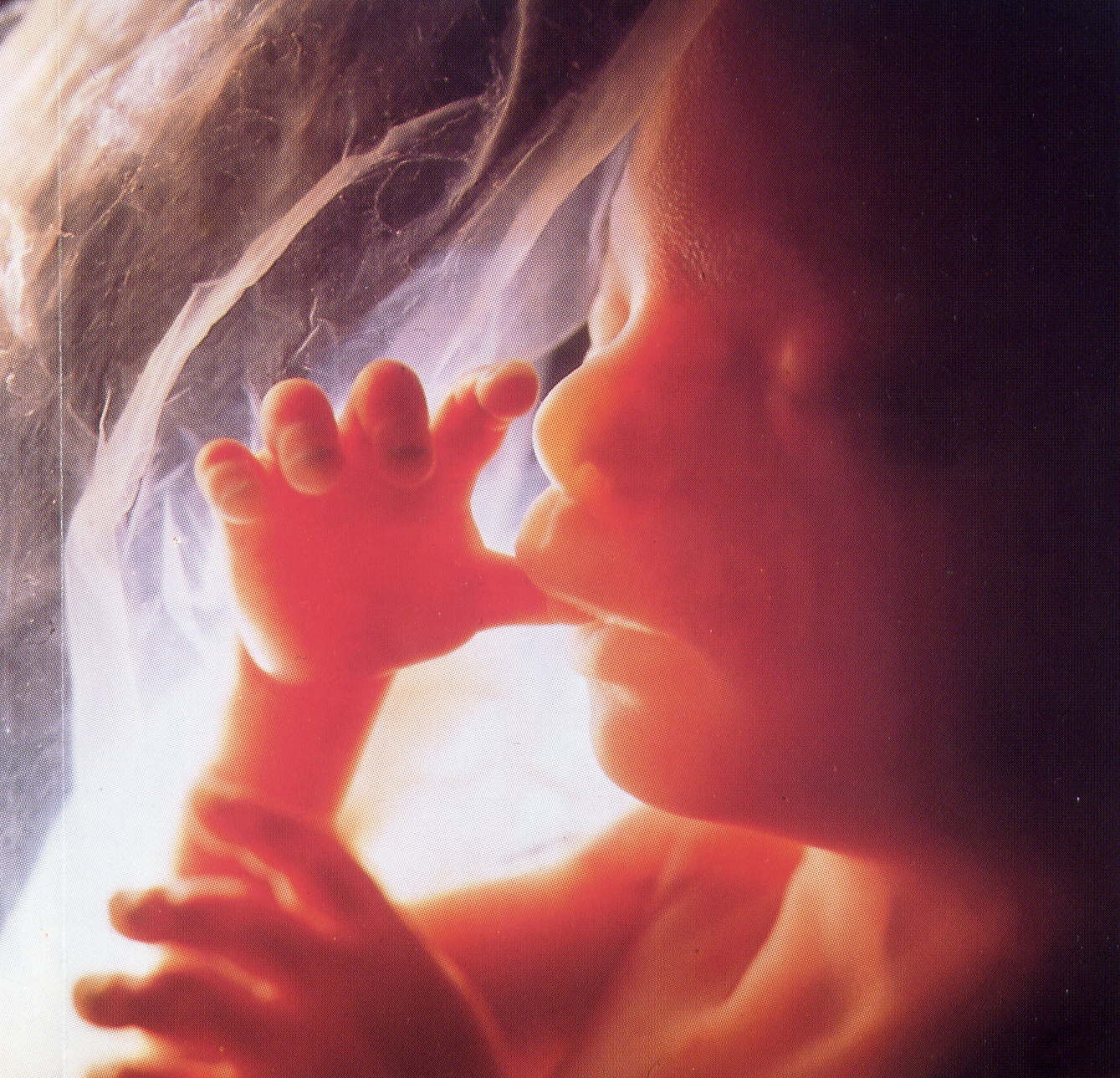 Human baby’s experience in the womb is incredibly important.  The environmental and emotional state of the parents, during pregnancy, create an energy imprint of how that being will experience creation cycles throughout its life. An example of this would be someone who wasn’t “wanted” at conception or they were a “mistake”~ that energy would carry through and play out every time they’d start something new~ a project/relationships/marriage, etc. During my mom’s pregnancy she had toxemia, which resulted in an induced labor and epidural. This created a rough, anxious and drugged out transition for me which manifested in anxiety and discordance during times of transition or endings in my life~ be it a job, relationship, graduation, etc. To resolve this imprint, I had an incredible rebirth re-patterning that reset my brain, released those chemical constituents and shifted that past for me.  I now have smoooooth transitions. 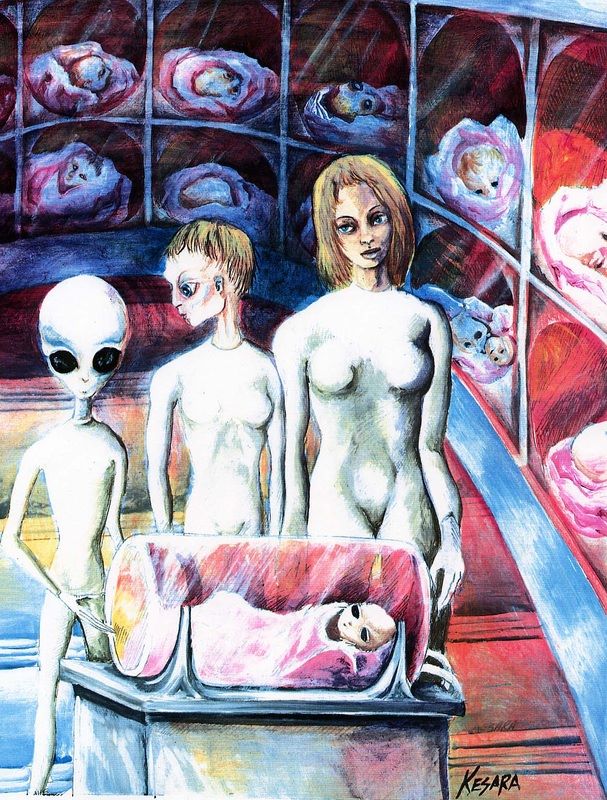 With all my experience in the importance of the birthing process, I pondered how the hybrid kids were influenced being born in test-tubes and left on their own ~ a lot ~ as babies!!!!

After tuning into the energy of my experiences on the ships and speaking with my dad on the subject, I had the obvious epiphany that they are freaking 5th dimensional beings!!!! They’re on a spaceship for heaven sakes! They’re living in a dimension of ONEness, infinite expansion and knowingness that their realities are generated by them, with only a little reflection needed of external love… they ARE love!  They were also created with cream of the crop genetics with highhhhh frequency energetic coding. They were created as specimens of light… to be born as awakened beings, still with much to learn, but with the fundamentals of existence in their back pocket (let’s hope their spacesuits have one ;)).

On the eve of the fall equinox 2013, sleeping at the foot of Mt. Shasta (the crown chakra of the planet), I went into an all-night paralysis recounting one of the most powerful experiences of my life~ becoming a mother. In the visceral ship experience, the Greys flashed images in my head about 2 twins inside my womb. They reminded me that my little boy came out first and the little girl patiently waited for her brother to be born.  I got to see my new son immediately and held him to my breast. The FULL cosmic infusion of the mother archetype and energy of BLISS ran through my entire body… at that moment I became a mother. Until then I had a very maternal, deep heart-connection with my hybrid kids, but this memory bonded me at a cellular level. 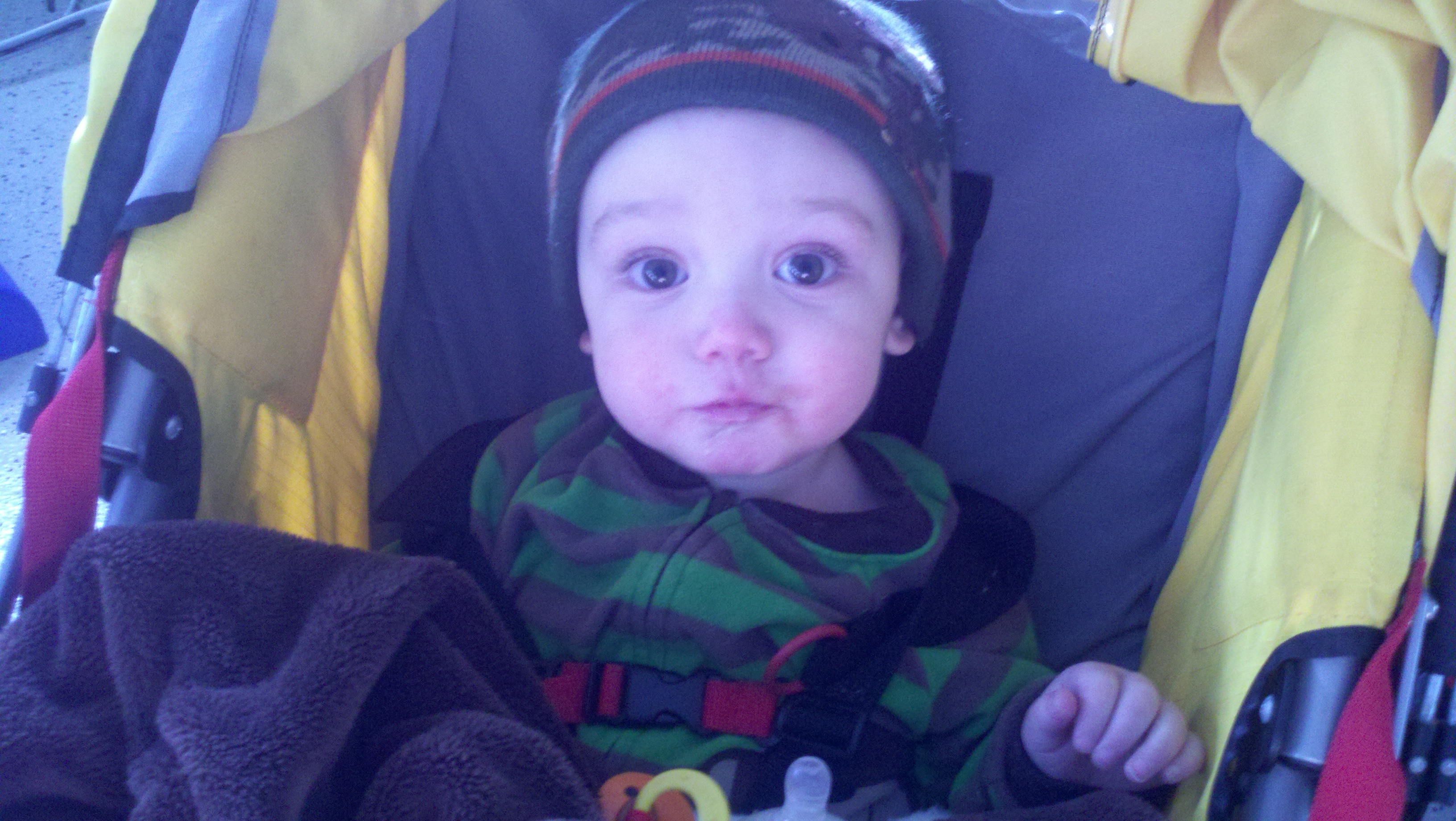 This experience took place when I was 16, though I remembered it at age 26. I frantically ran around the ship with my son asking everyone I saw, “Are you his father? Do you know his father? WHO IS HIS FATHER?!!!!” I was freaking out at the idea of taking on the “burden” of raising two children by myself on Earth at age 16.  At that time in high school that’s precisely how I would have filtered the experience through the screen memory.  I was yearning to see my little girl, but I had to go to class. April, of Bashar Communications, was teaching it and I spent the whole time in the back talking to my brother ~ a new father on this timeline ~ about what kind of stroller I should get and what I needed to know about parenthood…  I woke up the next morning on the fall equinox FILLED with the deepest emotion I’ve ever felt… Coming back into my body with tears in my eyes, my heart said, “I AM a MOTHER.”

Throughout my life I’ve had recurring dreams where I left my child or “baby Bridget self” in the crib for days and no one came to look after them.  I’ve heard many stories of humans dropping their hybrid babies on the spaceship~ due to shock or not being able to accept their alien-children.  After relaying my experiences to a few close, well-seasoned experiencer hybrid mommas on Christmas day, we realized we’re all having very similar ~ could go to jail for child abuse~  alien type dream-memories!!!! It’s not just me!  That always a nice confirmation. Now, how to assimilate human mothers & light-filled hybrids… 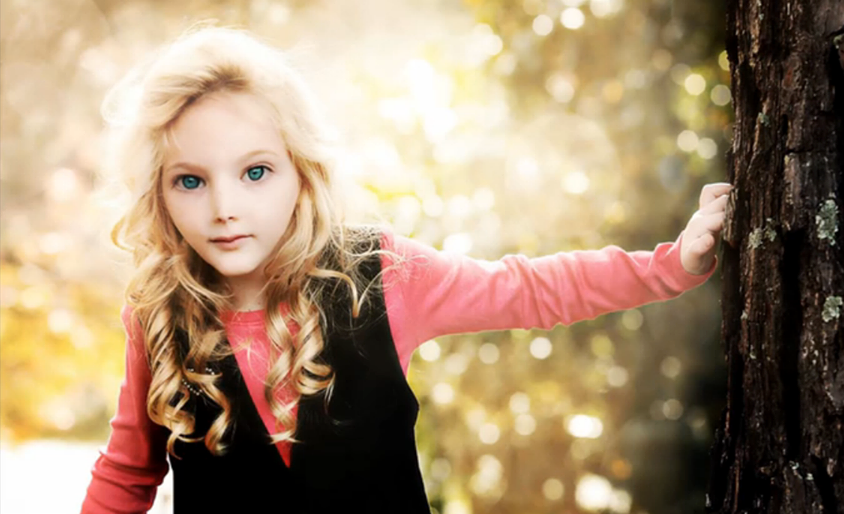 The holistic hybrid children are being created beyond the scope of any precedent or energy we’ve ever conceived of as human mothers. These kids are ushering in a state of knowingness that is requiring hybrid parents to SEE their children as whole, with NO worry or fear. They’re teaching us how to see ourselves… show us we’re completely taken care of by synchronicity and Creation.  Any lower energy on the mother’s part is projection, and something for all of us to investigate.  To truly live in union with them it is up to us as humans, as parents to shower ourselves in loving embrace!!! The kids are SO excited to be with us and to share in our love!!!!! I mean they’re infiltrating our conscious minds everyday now at the Sedona Headquarters with SCREAMMMSSS of excitement and many inquisitive questions!

In every one of these baby-worry type dreams I’ve had, in the end, my hybrid babies look up at me with sparkling bright eyes reflecting pure joy, love, well-being with a flickering dash of starlight.

Soooooooooo much love and joy in each of us and flying our way!!!!