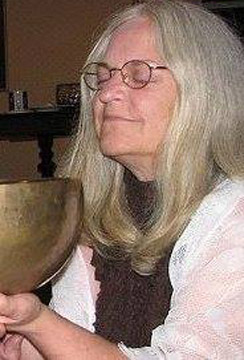 I have had the wonderful experience of meeting three of my hybrid children. I have always been fascinated by the skies & stars…. I feel there is also a connection somehow with my maiden name…. Starek. My father also loved the stars & collected anything he saw that had them on it.

August 22/2012
I woke up & I was lying on my back.  I never sleep on my back, always my right side.  I looked at the clock on my right & it said 4:02.  Then I looked at the foot of my bed.  There were two Beings standing there with their arms hanging down.  I would judge them to be about 5′ tall.  I could only see their profiles or body shape, no features because it was too dark in the room.  They were solid Beings, not misty or anything. I noticed that there were flashing lights on the ceiling & when I looked up, the smoke alarm had all different colors flashing around the rim of it. It usually just flashes red if the battery is running low. No particular pattern, but flashes of red, yellow, green, purple & blue.  I felt my cat Joon on my left side & I looked over at him. (He always sleeps on my right arm at night.)  He was looking kind of between the Beings so I moved my head to see what he was looking at.  I could see the front door & there was a white glowing round light in the middle of the door about the size of a bowling ball. I also heard a tapping that sounded like it was coming from the sliding patio door. I reached over to touch Doug & everything just faded out of sight. The next morning Doug checked the smoke alarm & the battery was dead.
Joon wouldn’t sleep cradled in my arm like he usually does….  The next two nights he slept on my feet, staring at the front door.

May 14/2013
WOW!
I was on board a craft & there were two Beings walking beside me, one on each side. We came to a wall that opened up. They walked with me into the room. It was full of children, about 20 I would guess. They were of all sizes, ages & races…. There were a few who stood out to me & somehow felt familiar. An older boy & girl…. She looked about 13 or so & a boy who looked a bit older than her. Also a little girl that was maybe 7 or 8 but it was hard to tell by the way she looked. When I entered the room, all of the children were smiling & came over to me. I knelt down & they all began touching my hair & my face. I woke up at that point. I remember that there was something about their eyes…. They were so beautiful, but there was something different about them & I feel that it’s important to remember, but I can’t…. 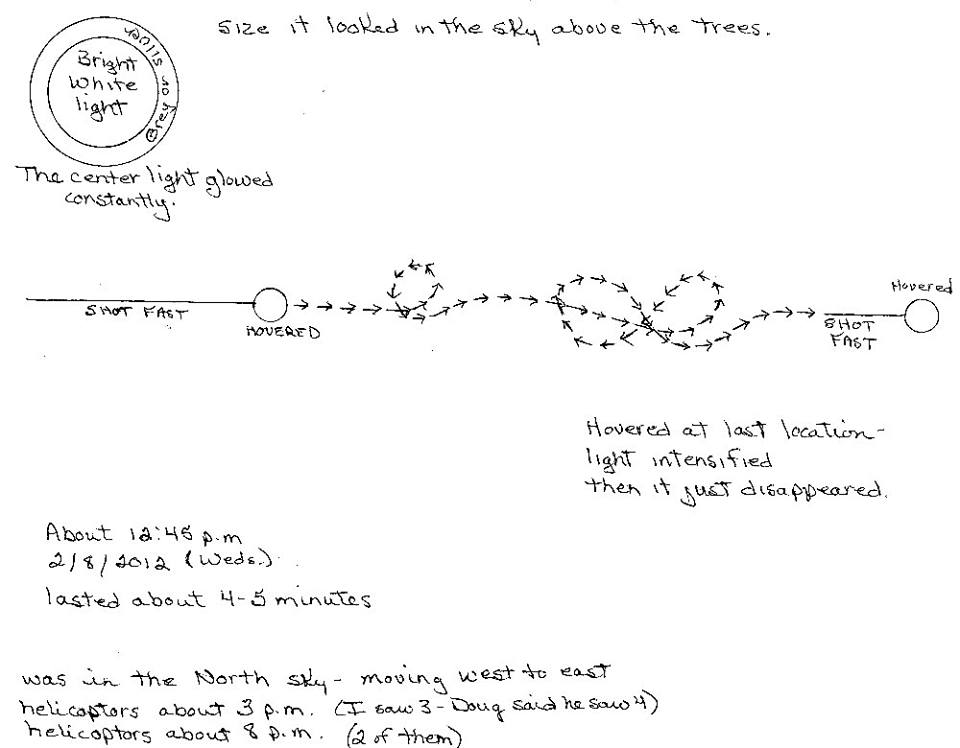 A couple of nights later this also came to me in a dream:

I was back on board the craft. Again the same two Beings were walking with me, but this time they entered the room with me. All of the same children were there & it was a repeat of my last visit with me kneeling down & them coming to me & touching my face & hair. Then one of the Beings made a movement with his hand & all but the three children whom I felt a connection to left the room. They asked me if I knew who the children were & I said that I thought so. They told me that all three of them were my children, the older girl & boy & also the 8 year old girl. The oldest boy was 14 of our years. He had dark brown hair, looked very human except his eyes were a little bit larger. They were dark brown. He was slender. The girl was 13 of our years. She was a little shorter than me (I’m 5′) & very tiny. Her eyes were dark purple! They also were rather large for her face & slightly tilted upward on the outer corners. Not a lot though. She was very pretty & had light brown hair a little past her shoulders. They both came over to me & hugged me & I kissed their cheeks. Then I knelt down & the little girl came over to me. I kind of cradled her in my lap & she laid her head on my chest. She was very small, maybe just a little over 3′ tall.   Her eyes were the bluest blue I’ve ever seen. BIG EYES! (Mine are light blue.) Her hair was blonde & very thin or sparse. Her skin was very white but had a slight pinkish tint to it. I’m not sure if the word is right but the word opaque comes to mind….
I realized what it was about their eyes…. They have pupils but there is no whites in their eyes. I looked it up & it is called the sclera, and is a fibrous, protective, outer layer of the eye containing fiber & nerves that help our eyes turn. I realized that most of the children’s eyes were like that, but not all of them.

************************************************************************
June 17th/2013
I was running through a field with the children. We were laughing & grabbing each other & pulling each other down where we would roll in the middle of the most beautiful exquisite flowers I’ve ever seen. We were walking through the woods & I was showing the children different kinds of herbs like mullen & telling them that you can boil the mullen leaves to make a tea that is good for inflammation or you can smoke it to help with breathing for asthma or other lung problems. Then I saw us tapping maple trees & picking lavender to make lavender syrup. There was a big garden that was divided off & each child had his/her own section. We were working in the gardens together. I was laughing as I told them stories about ‘Grandpa Charlie’s’ gardens & how he grew enough tomatoes to feed the whole town & how he basically did by giving them all away.
This part of the dream was different. I could still see myself interacting with the children but I was standing off to the side watching the kids, & my Spirit Guide Marissa was with me. I asked her why I was there & she said to teach the children. I told her that I knew that but wanted to know why. They are so advanced as a species that they could easily teach them the things they had me doing. She told me that they wanted the children to have the intimate contact of us. Like me telling them about my dad. The world is going to go through much more change with weather related disasters & even though  Earth will not be destroyed, there will be many geological changes. There will also be a large loss of human life, but there will be many survivors also who will need to learn a new way of life. The hybrid children are being created to be sent to Earth to help the people rebuild both with daily living & skills & also they will be teaching the people Spirituality. By being with the ‘teachers’ & there are many of us, they learn much more than the skills we are helping them with. They had never experienced tears until we interacted with them. When we talk of things that touch our hearts, they now cry too & experience the actual feeling. Those are the things that the Beings are not able to teach the children themselves but they as well as the kids are able to learn those emotions by watching us interact. And it is easier for the kids to understand & learn about those things because they are part human.

************************************************************************
Monday 7/29/2013
I was with the three children of mine whom I have already met and a male that looked like a mix of a human and a Grey & actually very nice looking…. The five of us were in a field, running together. We dropped down on the ground, held each other & rolled around.  After a few minutes, we all sat up & he told me that his name is (what sounded like) Ajgeam. He is my 8 year old daughter’s father. He said he was leaving us so I could have time with the children alone, that soon I will start remembering our times together.
My oldest son started by saying that Ajgeam told them that I would probably like to know their names. I smiled & said of course! He told me that children are allowed to pick their own names. I asked how old they were when they got to do that & all three kids laughed. He said that they are different than my Earth children. When a child is born in that dimension, they already know many things. Since communication is telempathic, they can correspond immediately. They also know their purpose, what they will do in time. They are asked what they would like their name to be. He said most of them choose names that relate to nature or Earth since they will be going there. Sometimes animals, seasons or sometimes things in the sky. He said his name is Fallon Brown. He chose that name because he will be ‘Falling On’ Earth when he comes to help humanity rebuild.  He chose Brown because that color is of Earth & is a calming color & also symbolizes stability which Earth will need.

My 8 year old jumped up from the ground & scootched onto my lap.  (She is very tiny for an 8 year old.) She said “Me next! My name is Cloud Dancer, but you can just call me Cloud or Dancer.” I asked her why she chose that name & she said, “Because of the color of my skin, white but kind of a pinkish look like clouds sometimes get at sunset on Earth.” I said how cool is that! She said that she wasn’t finished yet & said, “That was just one reason. The other is because when you were sick all the women gave you your Native American name, Cloud Walker…. I like that. But I don’t want to just walk, I want to dance!” She squeezed my neck & then sat beside me. (In 2002 I was toxic from Carbon Monoxide & nearly died. Actually, I remember being out of my body & believe I was indeed passing over but was brought back.)
My older daughter kissed my cheek & brushed my hair back. Then she told me that her name was Lavender Lilac because she knows those are two of my favorite flowers & that lavender is used in many Spiritual rituals & lilacs are my favorite flower & they were my mom’s favorite & also her mom’s. She said I can just call her ‘Purpie’ though because both flowers are purple.

As soon as she was done telling me that, my meditation broke & I was back in my room alone.

I have so much more, but only copied these things out of my journal I started keeping because I thought they might help someone. I welcome contact with anyone who wishes to talk to me about my experiences or their own!