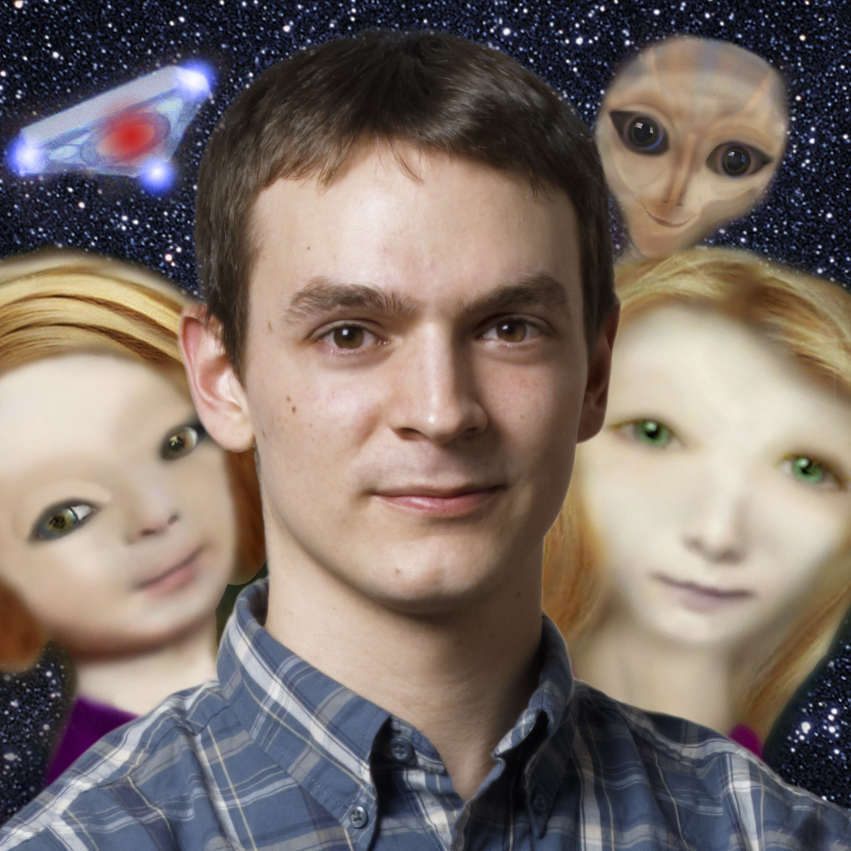 In June of 2013, after being so intrigued by the hybrids children, I decided to ask a channeler to confirm the gut feeling that I had about being part of the hybridization program. How could I be so attracted to all of that otherwise? Although at this time I wasn’t too sure about what I could receive. So Adronis, via by Brad Johnson, told be that I do indeed have hybrid children! The next day, Awaken Within channeled me two amazing drawings. 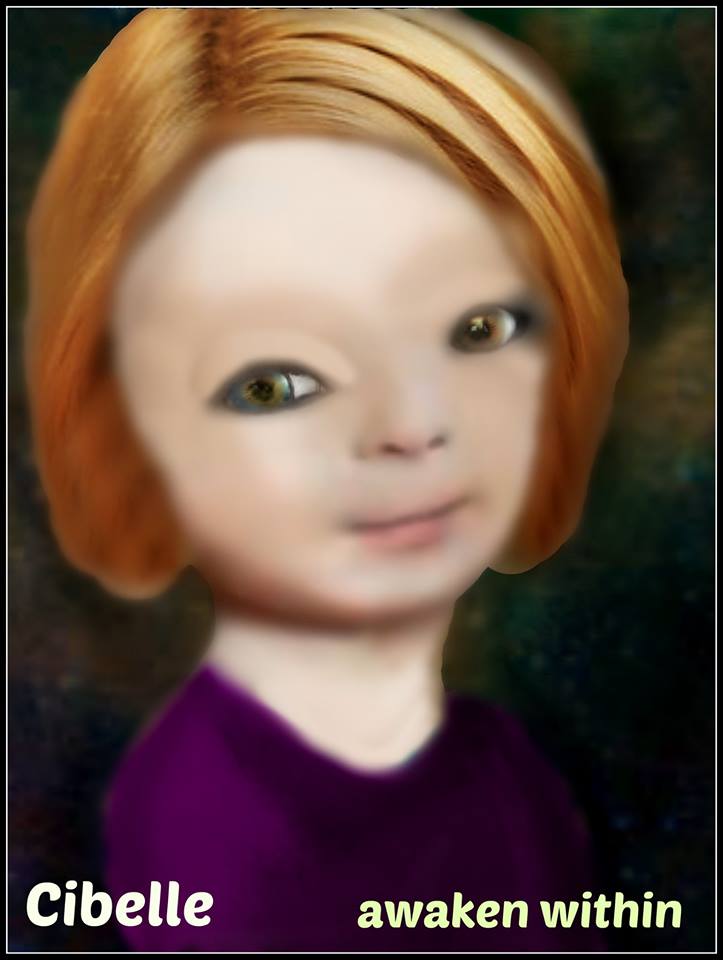 Cibelle – the younger one –  is very active, very playful. She bounds very strongly with certain trees that are contain upon certain crafts, nature preserves in that way.

She’s very much in touch with many elf kingdoms, with the fay realm, on the Yahyel prime homeworld, on their ships as well as on our Earth. She has actually visited other inter-dimensional realms on our planet to visit some of the fay realms.

She’s painting certain art for me, and that as I request these arts that she has,  she will be able to share this with me in my dream plane . I simply call upon her name, ask about her art, and she will show me a picture. 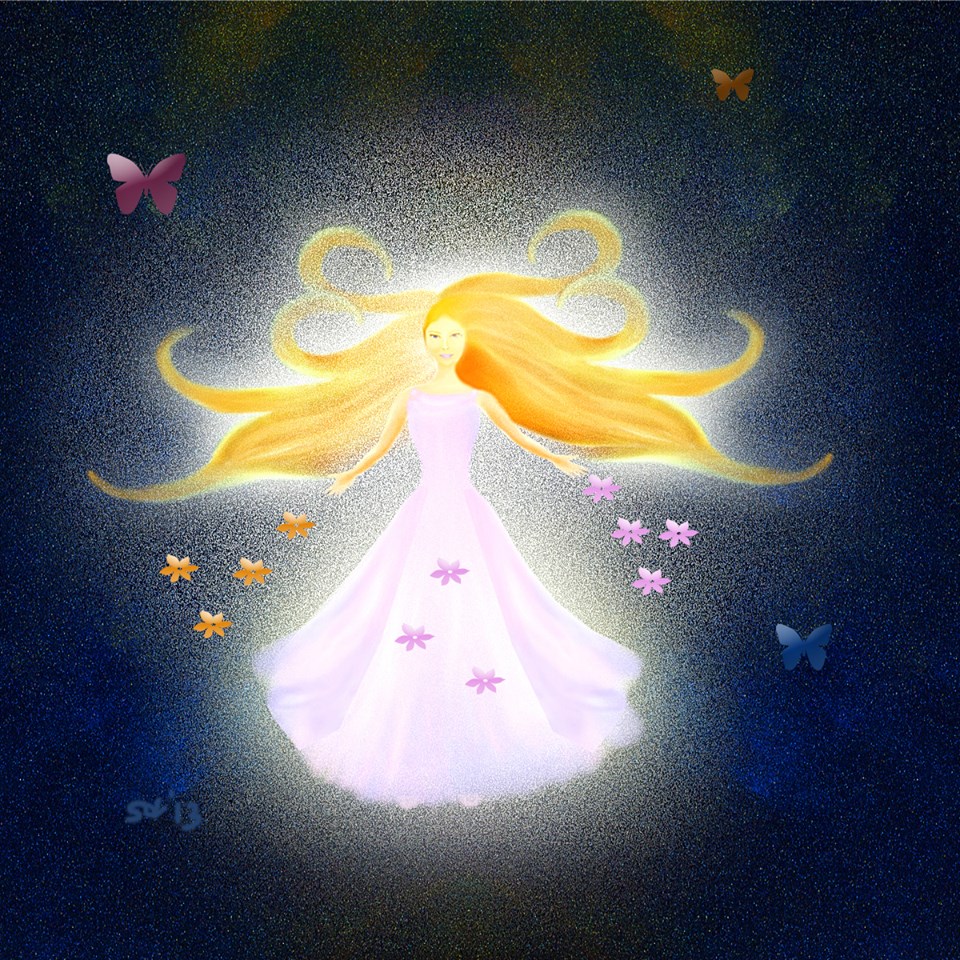 No wonder why I’m such a playful and excitable person too! Plus, I have to mention the fact that I have an ‘Home Fairy’ as guide called Majesté. In fact I just love the faeries too! So much so that I drew one a few months ago called Ophelia (channeled by Daniel Scranton). They are amazing beings and just filled with love and light and enjoy playing little tricks on you just to get your attention or simply to cheer you up 😀 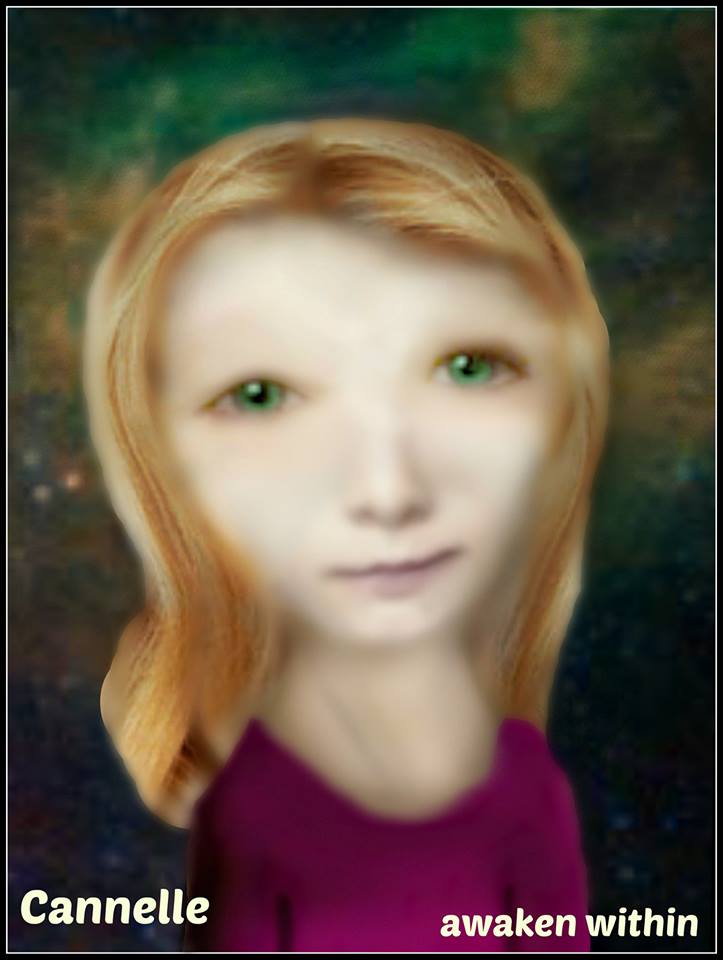 Cinnamon – or Cannelle in French , the older child – She’s a linguist. She also paints beautiful symbols and share them with me. I receive them at times when I  don’t know where they emerge from! She’s speaking the codes of the  Yahyel civilization directly to me.

I’m able to communicate much more with them through art. My artwork is expressed through them and theirs through me. It’s a bound.

Their cords, in regards to telempathy, are always attached to me and mine to them. And that through their joy and through their creations reciprocate that joy and that creation through me as well. 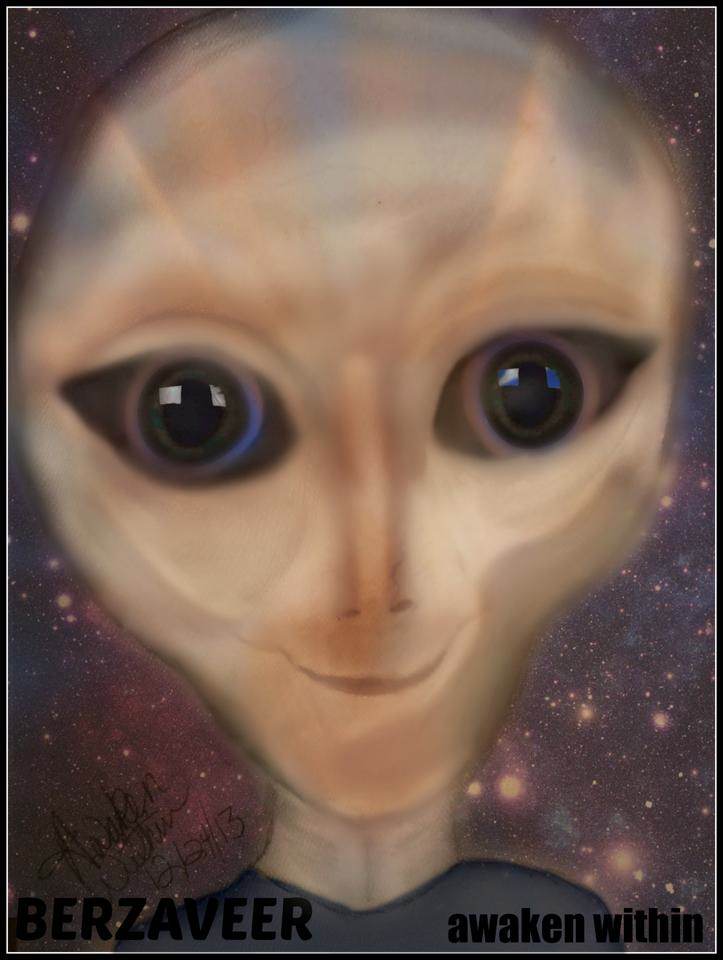 The informations come from Berzaveer, from the Shakani civilization – he’s another aspect of my oversoul.

He works very often with them and actually with me in my dream state. Him too is just filled with love, look at those eye and this wondrous smile!!

I find it quite funny that my daughters spend times with another father in a sense : We are all family! I love it!!! 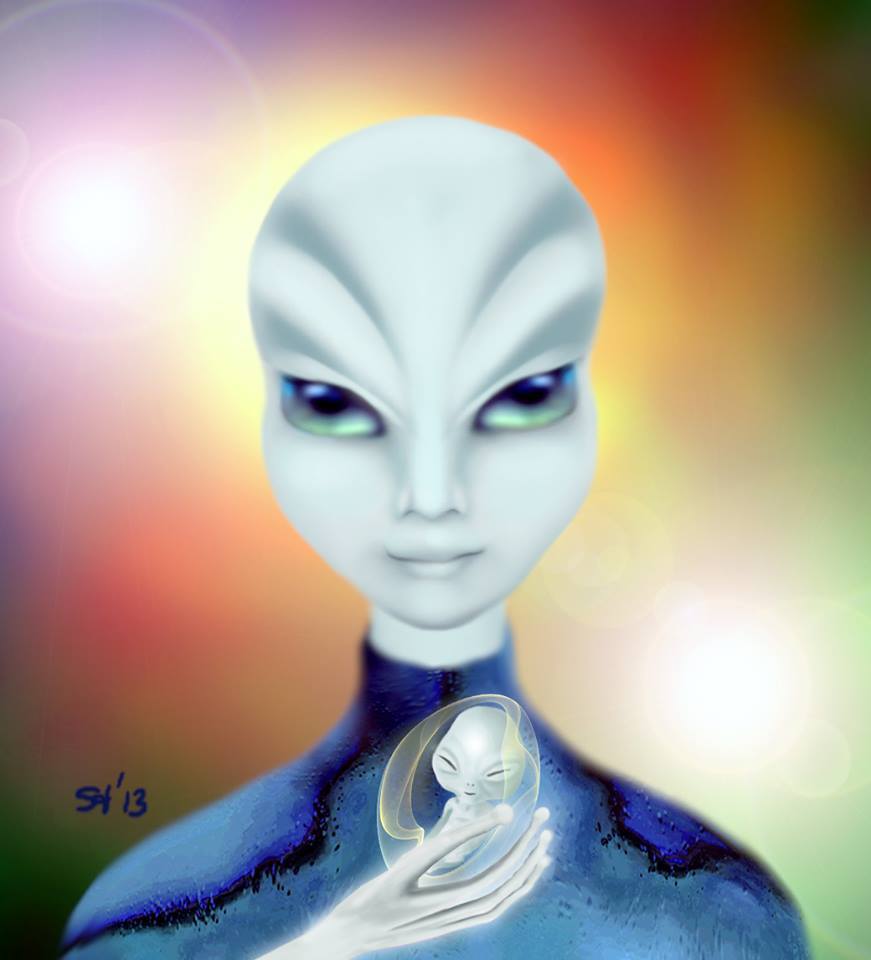 And here another piece of information that is quite AMAZING:

A few months ago, I’ve been shown 3 awesome guides (and so are the drawings by Saleire) that I have. One of them is Adra, an Arcturian hybrid whose taking care of the children. Another is the king Tutankhamun’s daughter and last but not least a beautiful blonde woman – and the only word that came up with her portrait was “Cassio”. 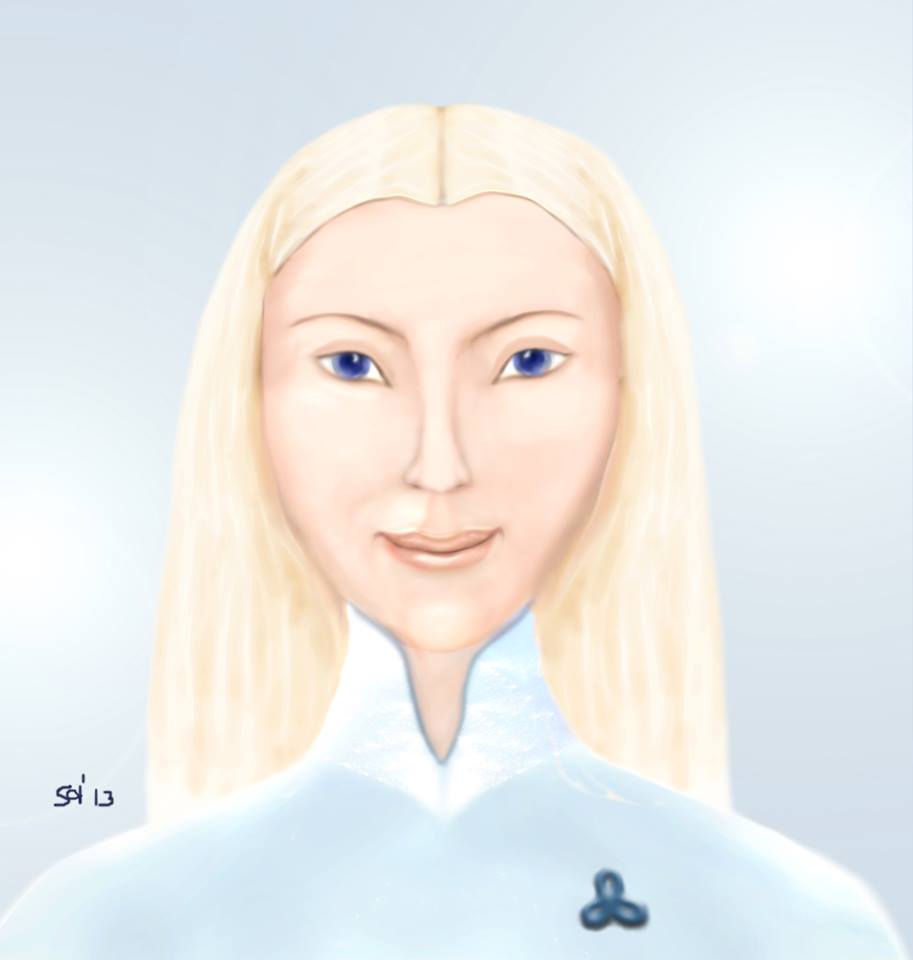 Who is she? Where does she come from? How does she work with me etc? The same day, a live internet channeling event was taking place with Adronis, so I got the chance to ask about her and here’s what he told me :  “She represents an aspect of your own earth twin-flam that basically originates as a future-self within the star of Cassiopea. She has returned in this way to letting you know that a relationship to be formed is immiment in regards to a divine partner. You will begin to feel these energies of this partner as she crosses the planes of other dimensional construct, coming directly into your reality upon the early to mid-half 2014. Her presence is not accidental.”  Whoopee as the kids would say !! 😀 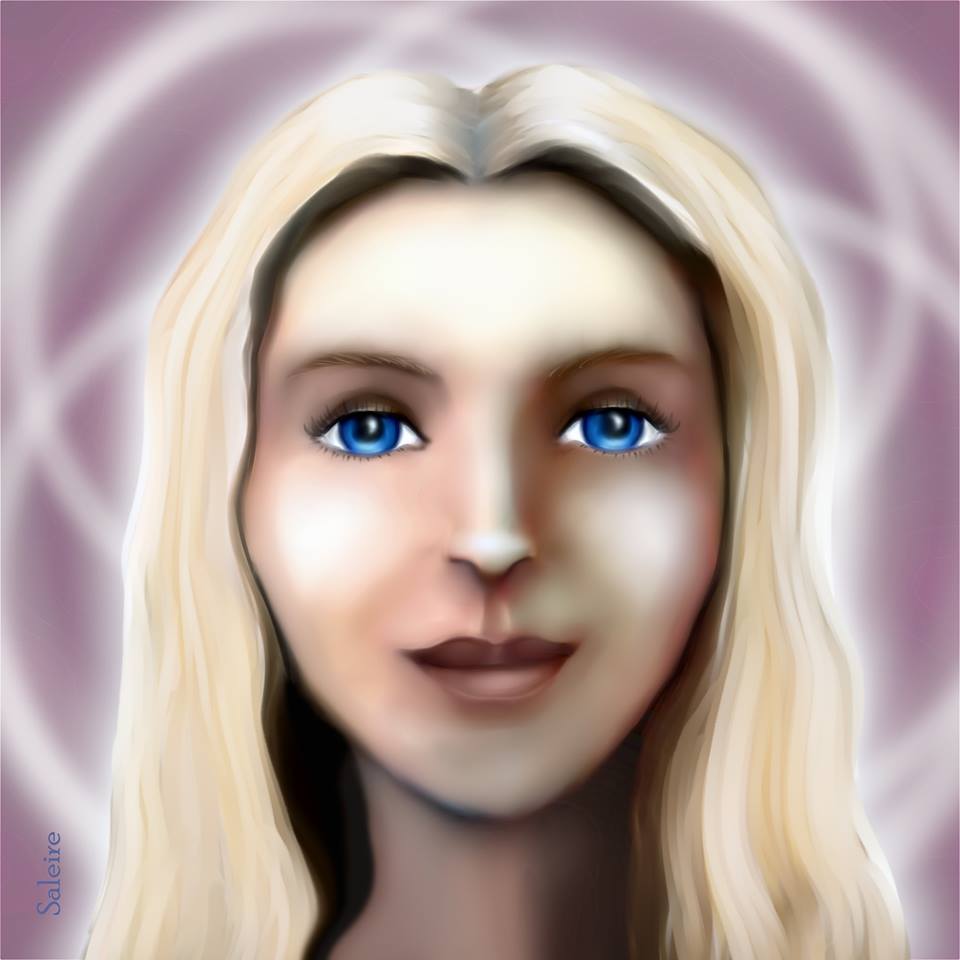 That, in itself was so mind-blowing to become aware of. Many dreams and synchronicities then showed me I was on the right track to meet her. Then… Kal’Leena of the Yahyel civilization – who often works with me energetically – shared this : “The woman who you will be meeting soon is the particular mother of these children. She may not realise it at first but that’s what you’re here.” Isn’t that super awesome now?! 😉