Dreamtime Encounters with My Hybrid Daughter

When I first approached Bridget about channeling art of my hybrid children, I had yet to experience communication with one. I had been enchanted with the many beautiful children on the website for several months and felt ready to see what, if anything, came through for me. Somehow I knew in my bones I had some part in this.

I was very excited while waiting and would tell the kids how I so looked forward to knowing more about them. Then one night I had a dream. In it I was standing on the perimeter of Haleakala crater. (At the time I did not realize Bridget was actually still in Maui.) It was deep twilight and while some sunset colors hovered in the sky, the crater and the space around it were pitch black. I felt the presence of what I knew in my dream to be a female hybrid. She was behind me and to my left. As I looked upon Haleakala, bright points of white light began to glow around the perimeter of the crater and I felt her telling me these were places she was enjoying “spinning like a whirling dervish!” Then the dream ended. 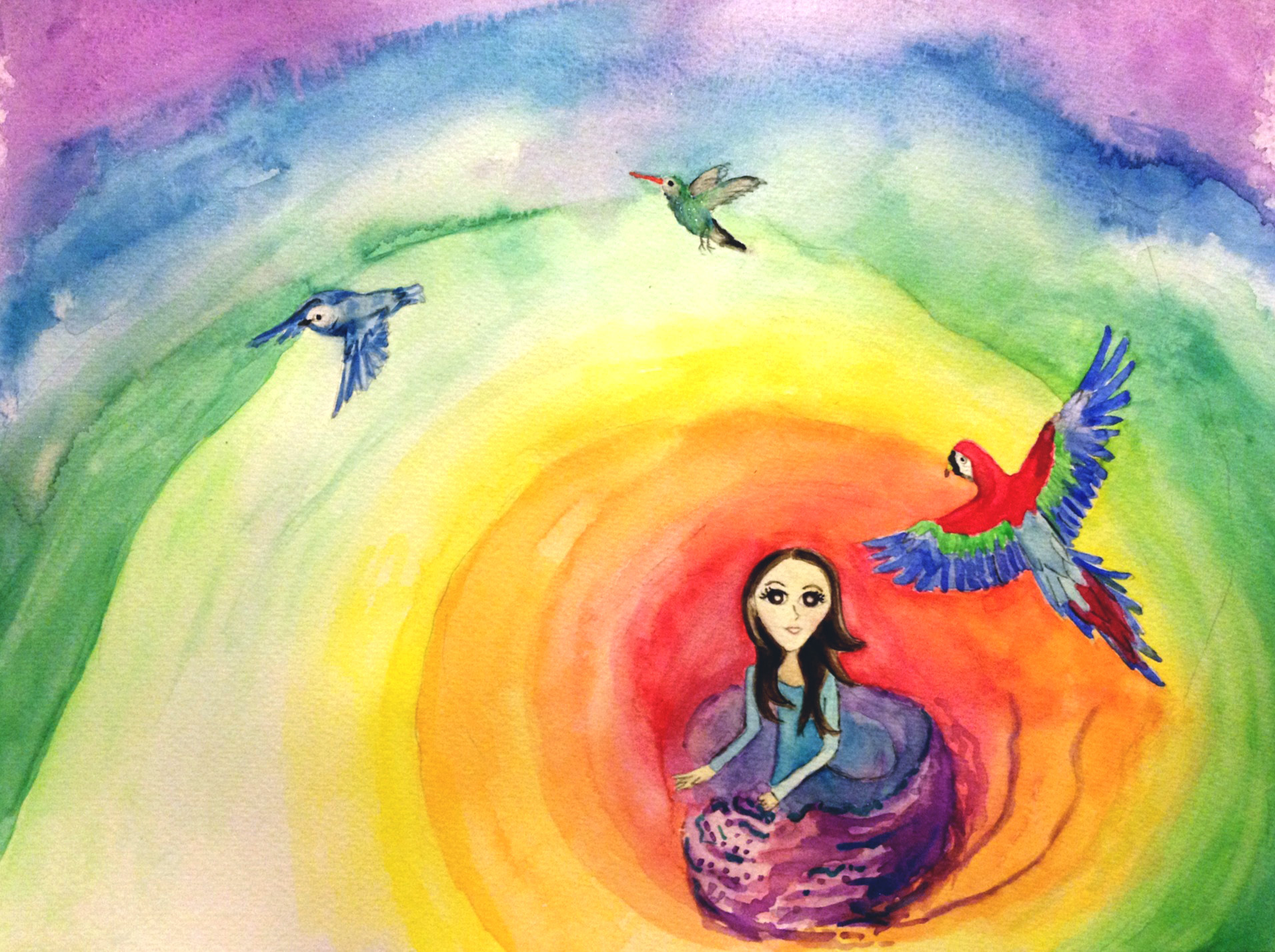 Several days later I emailed Bridget to share my excitement about the dream… Amazingly she was just finishing up the painting of my hybrid daughter. A girl in a whirling vortex of colors. The next day I received a painting of the lovely Airlea Feather. I felt so grateful and sent Airlea thanks for communicating with me before I received Bridget’s art. Had it happened after I would have likely felt I was imagining her in my sleep, that it was merely a “wish fulfillment” dream. Experience has led me to see how much the kids want us to remember them and often meet us more than halfway. Both the present and the future have become very exciting places to be and I feel blessed to be living in these times.

Awhile later I received art of my amazing son Stone. But that’s a story for another day.