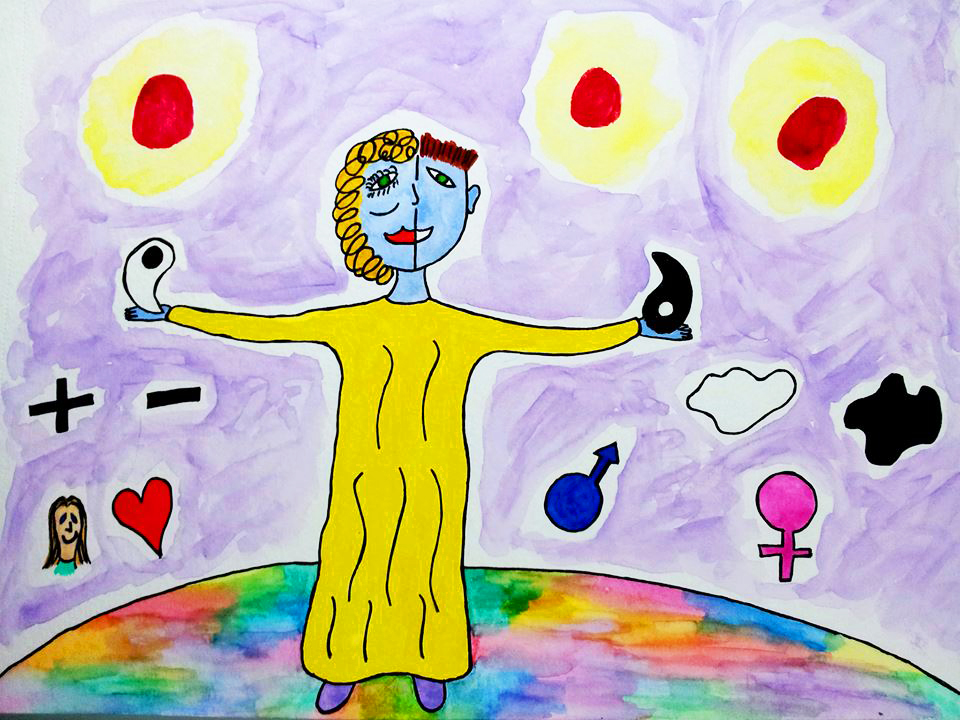 When you can develop a balanced dialogue between the heart mind and the head mind, that’s when everything falls into alignment.   ~ Bashar

I have good-to-excellent communication with several of my hybrid children but when a girl I hadn’t met before visited me the other night, she took it to a whole new level.

I didn’t realize at first a child was coming in. All I saw were a bunch of red circles surrounded by yellow circles. I thought it was probably new artwork from Cake, one of my hybrid sons, who often sends his art my way, but it didn’t really look like his usual. The circles faded away.

A girl’s energy materialized just long enough for me to grasp it, then disappeared. I went back to sleep.

She appeared again and gave me a name – Gorwen – and left. I’d never had a child appear twice in one night, much less three times.

“Do you remember that Anima and many other beings say that one of the best ways for humans to insure a smooth Tranformation is for you, both individually and collectively, to learn to balance the polarities? Light/dark, positive/negative, male/female, head/heart?”

“That is my joy,” she said, “helping humans and other beings balance the polarities.”

Even though I’ve gotten pretty good at most of these concepts, the male/female one is a challenge for me.

She described very specifically the way she wanted to be depicted in the artwork: the red and yellow circles behind her; even though she’s a girl, her face half female/half male; clad in a yellow robe; the polarity symbols around her; purple background.

After I promised I would remember all she said, I fell back into a deep sleep. The next day I started on her portrait.

Thank you, Gorwen, for your visit, your love and your work. I know we’ll meet again soon.

Update: Little did I know when I posted this that Gorwen and I would indeed meet again soon – twice. While I was in Sedona visiting Bridget and Kirk in mid-August, we climbed Cathedral Rock late one afternoon. As I sat watching the sunset I felt several of the hybrid children playing around me. For some reason Daisy, who is usually non-stop movement, wouldn’t leave my side. Suddenly I saw Gorwen sitting alone under a tree far down the valley, looking up, just watching us from below. We acknowledged each other but didn’t intrude on the other’s space.

A few days after I came home I did a remote healing session for a friend of mine. As I worked with the energies and the beings who were helping, Gorwen swooped in briefly with this message: “I am not a hybrid child. We appeared to you that way at first because I knew that would get your attention. I am actually a non-physical other-dimensional being. It is true, however, that we have come to help humanity balance the polarities, for that is one of the most important things you can do in this time of transformation.”

Bowled over, I thanked her. Then I had to laugh. Appearing first as a hybrid kid! Oh, they know me so well!!! 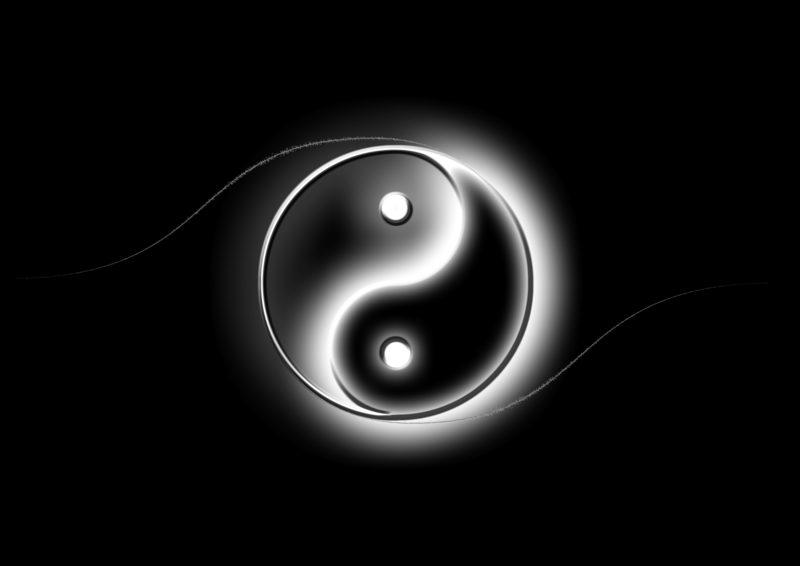