Mother of Pearl: How we met 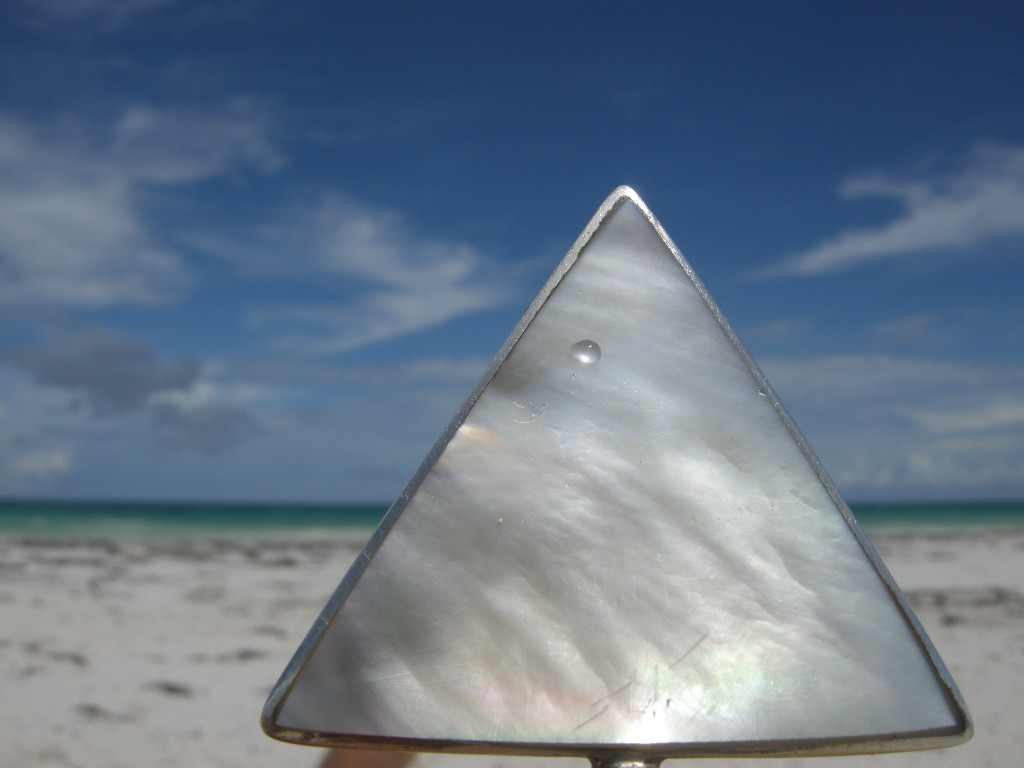 So this is my story
and how I met my hybrid daughter, Pearl.

I have chosen to put this account of my experiences into the Hero’s journey story structure, so that you can see more clearly how I am excited to share myself… 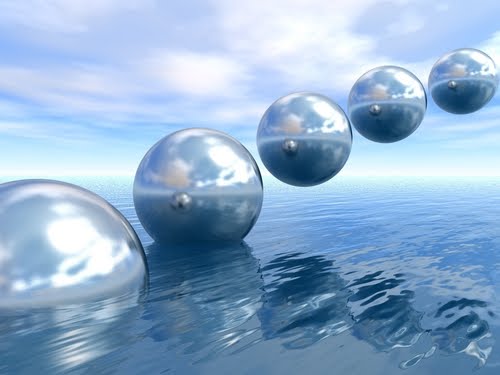 [call to adventure]
In 2010, at the age of 23, I spoke with Bashar in a private session. While we spiraled through many topics, he slipped in the call to adventure very mischievously. I did not ask about having hybrid children because I didn’t even know what it really meant to be a part of the hybridization program. I did ask about my relationship to the greys which I suspect is what opened that door later in the session. On this day, he informed me that I have hybrid children, and introduced me to her by name, Pearl.

The day after meeting with Bashar, I was in a crystal shop in Encinitas, CA looking for some pearls to take with me on a walkabout to Central America… What found me (and was given to me for free) was a triangular pendant inlaid with Mother of Pearl. I of course didn’t get the pun until later that night, but I left undeniably sure this was what I had come for.

[refusal of the call]
I reached out with my conscious & dreaming mind countless moments through the following years to Pearl. I wasn’t ready. There were moments in my dreams I would go lucid and I would ask ever so politely to be in the presence of Pearl. But the request was always overlapped by a subtle sense of fear. Perhaps fear of not knowing how to be in the presence of an extraterrestrial. Fear of not knowing what to say. Fear of tricking myself. Fear that it was all made up. Fear that I wouldn’t know what role to play and that I’d do something totally embarrassing. Almost three years passed by without any crystallized contact and I felt that making the connection had eluded me. I still reached out, but again with that subtle sense of fear (of the unknown).

[crossing the threshold]
A couple months ago I finally got to meet her, in the template reality [via lucid astral travel]. Basically I was lucid and climbing this beautiful tree, wondering at the beauty of the dreamworld and I suddenly remembered that I could call upon her council. I felt a stronger sense of confidence that I could contact her, that even if I felt fear and didn’t know what to do that I was not going to let it stop me from seeing her. I searched many landscapes for her, coming upon many children and asking “Are you Pearl?” They would deny.

[meeting the mentor]
Then I came upon my friend Karen’s home. Her energy is pure Madre, Mother. On her couch sat a young girl. I said “Are you Pearl?” She nodded and said YES! We embraced for some time…

She looked to be about 9 years old, had short blonde hair and bangs and pale blue eyes. She had a striking resemblance to me when I was her age, same hair bob and all. The first thing I said was “Wow you’re so cute, your hair is so cute!” And I hugged her for a long time. Then I said, “I’m sorry that was silly, I can’t believe that was the first thing I said to you.” She consoled me sweetly by saying something to the degree of “It’s OK, we [the hybrid kids] understand you and can relate.” Then I remarked about her eyes not being as big as I had imagined. She giggled and we kept saying back and forth, back and forth in Bashar(Darryl Anka’s) voice, “just sliiiiightly bigger”. She was very bubbly and yet I could tell she was keeping very reserved while I acclimated to her energy. I was so surprised by how human she looked. Eventually I lost lucidity and faded out of the reality. I was able to tap back in but when I returned, she was gone and we were now speaking to one another on a cell phone. That eventually faded as well. First lesson, clear communication. 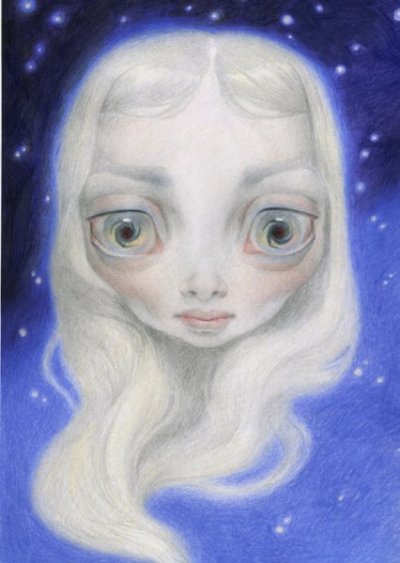 Portrait of Pearl by Ana Bagayan

[tests, allies, enemies]
I met her again in the dream-template reality a week later. I was flying on my bicycle while lucid and I called out her name, “PEEAAARL!”, I heard her voice faintly saying “Yes!” and then I slowly fizzled into this big house with high vaulted ceilings. Pearl was in the kitchen cooking. I thought that was quite peculiar and I walked up to the stove to find she was sauteing meat. I was confused because I thought that the hybrids did not eat at all, let alone animal! We discussed it for a moment. I realized later that she had made it for me, so as to inquire about my relationship to eating an animal. Just as my boyfriend Itom walked up to us in the kitchen she said “Is this tuna?” I mistakenly thought she was asking if that’s what I call Itom, so I introduced them. Later realizing that they knew each other quite well already, she was speaking of the meat, and I’m sure loved the inside pun. I laughed when I came back to my body because my beloved is a sound designer and makes music that tunes the spiritual and physical body, a “tuna”. Haha… Lesson two, clear relationships and energetic needs.

Next, as we walked through the house, I saw Itom and another woman with long dark hair. She asked me if I knew that Itom had other loves in other realities. I was triggered by this and I immediately went up to Itom and asked him if he had someone else? He grabbed me, held me and said “You are my only love on earth.” I took note of the “on earth” point, and realized that there is no way for me to the his “one and only” in an infinite eternal creation story of unconditional love. Then I realized that we are essentially all one anyway and so there was no “other”. Lesson three, jealousy and separativity. 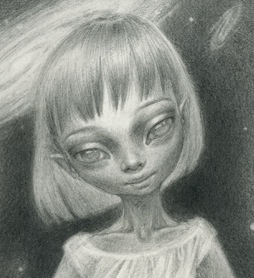 “Ripples in Hyperspace” by Ana Bagayan

I gazed into her eyes and she suddenly took on a toddler form. I continued to look deeper and I realized that I had been relating to her as if she was human, and so I let up on that thought and allowed her alien energy to seep into me. I was slightly nervous at how alien she really felt. I could feel that she contained all cosmic knowledge and was in direct communication with source. Unfathomable intelligence… then…. I felt a sliver of fear and watched as a red boil appeared on her cheek. She was reflecting to me my fear in her own physicality. While the fear was very slight, it manifested and I was a little upset by what I felt “I had done”. Lesson four, transforming fear and guilt.

Later in the dream, we were doing arts and crafts. I was talking to Kirk and Itom and realized that this was the first time I could remember being in that dimension consciously. Bashar has always said that when we are with our galactic family and the hybrid kids, we are always interacting consciously – we just don’t fully remember it most of the time. So I was tapping into that part of my consciousness that was fully aware of and making contact all the time.

Upon this realization things began to feel crystal clear. I had a physical headache in my sleeping body, and I was able to, from that dimensional reality, heal it with my dreambody energy. I felt it melt away within seconds and it opened up energy circuits in my brain. I was instantly wiser and I remembered more and more of my true essence ecstatically. This was probably the most profound, ineffable states of experience during this adventure. 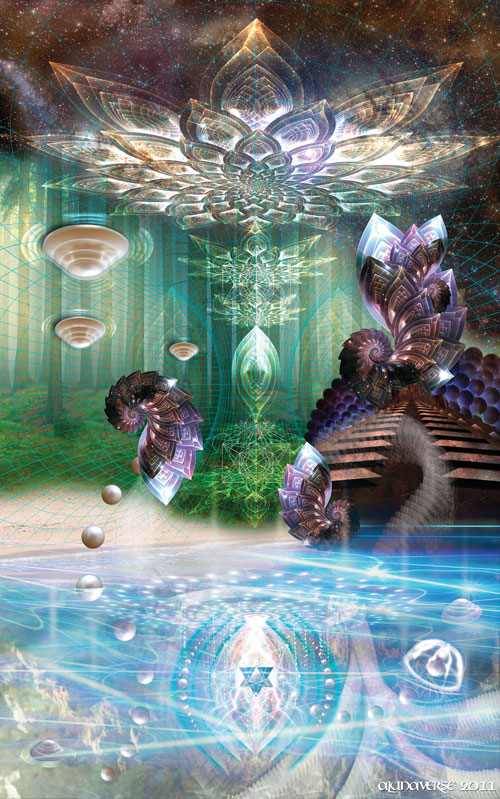 Later, I found myself looking at a photograph of a group of children. I saw who I immediately thought to be Itom’s hybrid daughter. Then I noticed a fairly chubby little boy, and sitting in his lap was Pearl! One of her commitments to our relationship is to help me remember my galactic lineage and be the gatekeeper to the rest of my hybrid children. Lesson Five, I am always connected, I am always with them.

If you’ve made it this far in this story, I want to thank you for being here right now. This story is not yet complete, we are still in second act. I’m sharing this for Pearl and for myself, so that I can continue the story with her.

In a succession of other dreams, not as lucid, Pearl showed me her animal totem.  I was with her and my other daughter, Merope, and asked to know her animal totem….and suddenly I find myself sinking slowly in the ocean looking up… light rays streaming and glittering down upon me and in the midst, this beautiful white otter with the sweetest energy…

And the story continues……
See Pearl’s page for more of her expression!