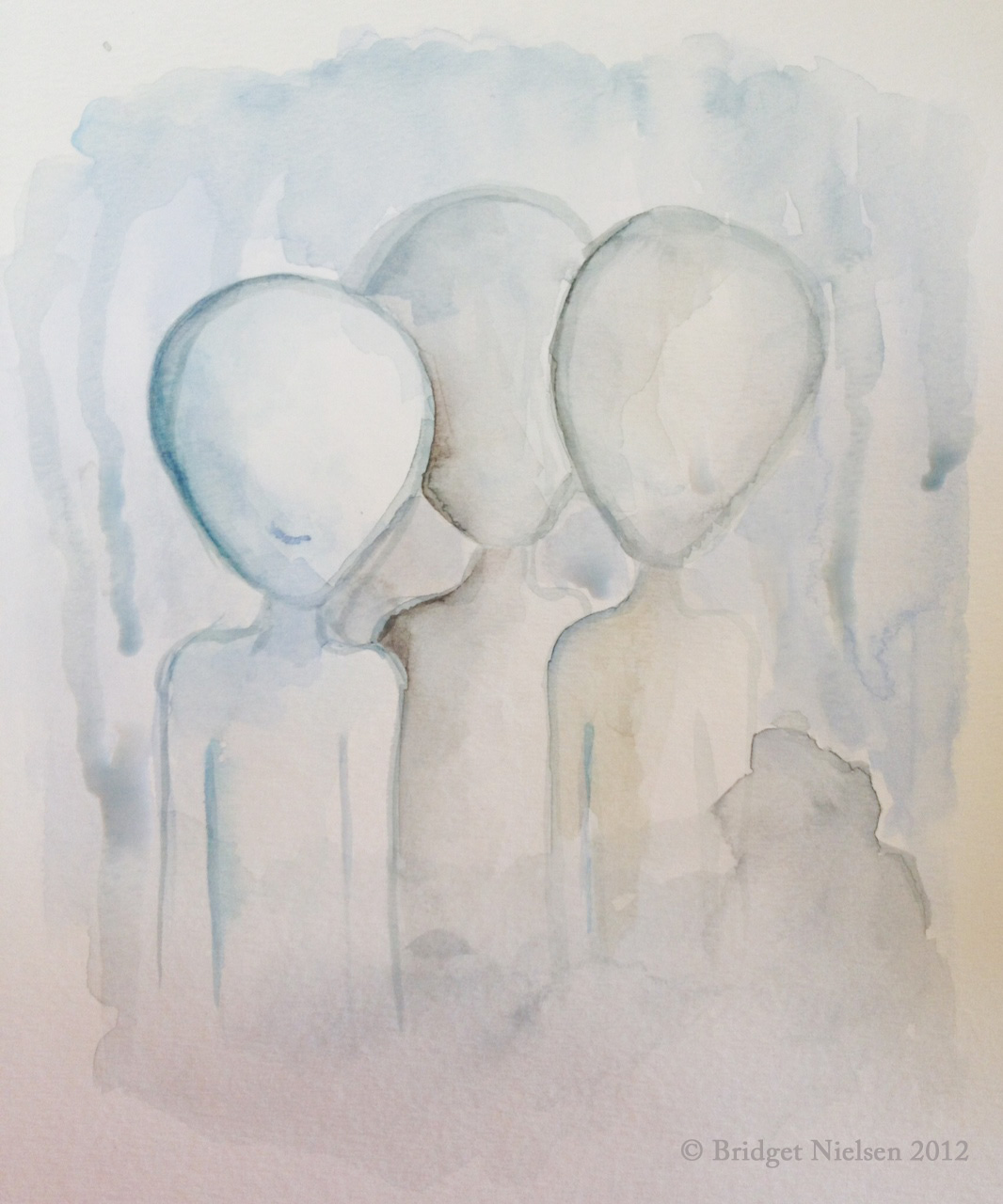 I’m currently in Utah seeing family and staying with my grandmother. She’s LDS (Mormon) and she’s always been closed to anything beyond her beliefs, which is perfect. On this trip however, there have been hilarious new occurrences that I must share. It is one of my current focuses to practice being MORE of myself which results in attraction and repulsion (click for meditation). Now, I know my grandmother will love me no matter what, but it’s still new for me to speak about ETs with her. My dad and I told her about the Greys, abduction, and hybrid children. She’d like me to get married and have kids since I’m an old lady by Utah standards (age 25), but I sincerely said, “I already have kids, hybrid kids.” She laughed and went along with our stories. I showed her this hybrid website and she thought the pictures were “cute.”

A few days later, she said to me over breakfast, “You sure leave your mark. I saw your drawing on the bathroom shower.” Confused, I said, “I don’t use that bathroom and I didn’t leave any drawings in there.” She persisted: “Well, there were three cloudy outlines of those hybrid kids you draw, like the pictures you showed me. I’m not crazy, I saw them… They were standing close to each other and I knew they were the hybrid kids. If you didn’t draw it, who did?” I laughed and knew where this was going as she ranted on with passion. My dad joined the conversation as she continued. “Now I was on the phone on Saturday night and I could hear people walking around. I told Sam (her other son) that it was you two and he replied that you were still out of town. Sure enough, I go look in your beds and you were gone!” My dad, seeing an opening to explain this supernatural activity, asked, “Well Mom, who was in the house then? And who drew on the foggy glass in the shower?” At this point, she couldn’t conceive of what or who may be behind these new experiences…

The conversation ended as I left the house in hysterics. “My Mormon grandma saw her hybrid kids in the shower… Man, you couldn’t make this stuff up!!” I don’t believe everyone has hybrid kids, but I do know it is usually generational in families. I’ve also found that hybrid children only respond or give access (in a waking state) to their parent or sibling so I felt they could possibly be her children, mischievously visiting her. As a channel and in introducing parents to their hybrid children, I’ve noticed strict boundaries where full permission and desire has to be granted by the parent or sibling for interaction and information to flow from the children.

My grandma must have acknowledged and welcomed them enough for them to come play! I feel these boundaries will change once interactions increase and more parents awaken to their children, but for now it seems there’s a personal bond – a resonance – between parent and child that is perfectly aligned to touch a parent’s heart in just the right way. For my grandma, her cheerful little imp-like hybrids were enough to spark her interest in a dimension beyond what she formerly believed!