My Hybrid Baby Daddies ;) The Genetic Mixing of the Hybridization Program 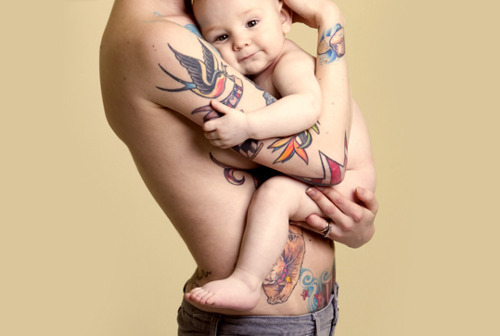 One of the most playful, strange, awkward and exciting parts of the hybridization program is awakening to the fact that other people you know contributed to your (hybrid) children! I can’t believe I haven’t written about this sooner! 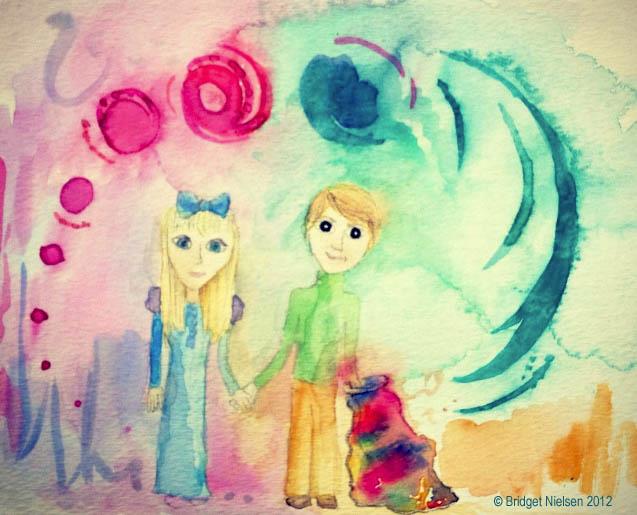 Daddy #1: About one year into my hybrid journey I synchronistically met a guy friend for lunch. Our families have been friends since I was little, though I hadn’t spent much (Earth) time with him. I always felt a close connection to him and I didn’t know why. So finally, on a trip to Utah, we met for lunch. I recognized his energy immediately and felt very at home with him in a brotherly way. Within 10 minutes he was telling me about these reoccurring dreams he had had since puberty, about being paralyzed and taken over with fear. I told him about abductions and he relayed his recent fascination with ETs.

Within the next week or so I got the very strong feeling that we had 2 hybrid children together and I channeled them.  A few months went by and I checked back in with the kids. They seemed energetically distant and I asked them why. They told me that they were working with daddy and that they didn’t need to be around me. A week later I was back in Utah and met with my friend again. He told me that he was very disturbed and confused by his recent lucid dream experiences. He kept sleeping in his living room on the couch by his front door and was having very real-seeming nightmares that these 2 “scary” kids (boy and girl) were knocking on the door and wanted to come in.

I thought, whelp… Looks like they’ve been working with him alright. 😉 I didn’t share any of my findings with him, though I did mention that I felt we were on the ship together when we were little. 🙂 He liked that. 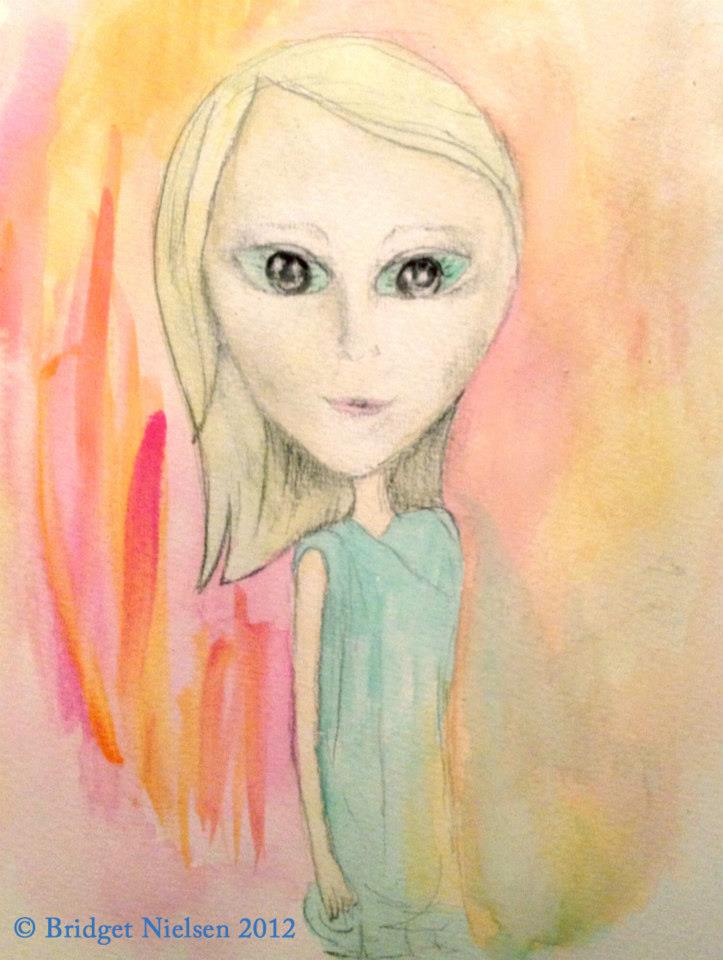 Daddy #2: Fast forward to December 21st, 2012. I was living in a group house with my dad in Los Angeles and the owner’s son had just moved back in after a breakup. I met him within an hour of leaving for the Bashar transmission that would change the direction of my life forever. Over the next week or so we hit it off and started dating. He is a very kind and sensitive Indigo type and cordially accepted my wacky alien interests. One night he came over to my mom’s apartment for dinner and I had a drawing of one of my hybrid daughters on the table. I almost put it away before he came over so it didn’t freak him out, but I was guided to BE MYSELF and keep it out. He walked into the room and was immediately drawn to it. He stared at it for about 3 minutes, then said slightly freaked out and shocked, “I can hear her talking to me. Who is that?? What’s happening?” I had channeled her months before meeting this guy and as I looked at the picture and then up at him, I realized how similar they looked!! The resemblance was uncanny. Later in the evening he asked about the hybrid kids with sweet curiosity, acknowledging that something was stirred deep within him.

After months of connecting with several guys who I KNOW I have hybrid kids with, my dad was beginning to doubt me. Now he’s one of my #1 supporters, but at a certain point even to him I started to sound like wacky girl who just wants to say I have kids with everyone. :O I held my ground and KNEW that what I was feeling was accurate. 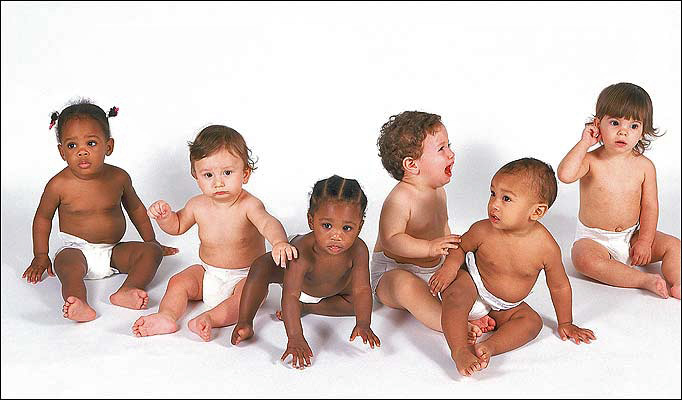 Come February, 2013 my dad and I had a private session with Bashar.  The first question on the agenda:

Bridget – “I’ve been having several deep connections with men my age, who are of similar frequency, who feel like hybrid fathers. Do they share the same DNA with my hybrid kids or how does that dynamic work?”

Bashar – “They may, they may not. It depends. If you have encountered them in your life, there is a larger chance that they are similarly connected, otherwise you would have met someone else.”

He then confirmed that all the guys I felt over the past few months that I shared hybrid children with, indeed were contributors and at least part fathers: #1 1.5% and #2 3.7% with several of my kids. These are low percentages, but there is a connection.

Patrick, my lover, shares the highest percentage of DNA with 2 of my kids (in this moment). The first night we were together I woke up from a very emotional “dream” experience. I couldn’t remember what had happened, but I was determined to find out. I knew it was on the ship so I went into a lucid state and traveled back up into that reality. I found myself in a corridor with two kids, a boy and girl. The little girl, slightly older than the boy, looked up at me and telempathically said, “My name is Amber.” She clearly conveyed with deep deep love that Patrick and I are her parents, and the little boy as well. I woke up crying with joy!

How The Mixing of Genetics For Parents Is Orchestrated: 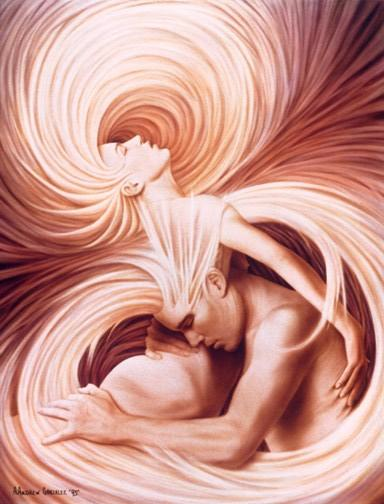 There are several ways the Greys, our parallel selves, create the hybrid children from our DNA.  One of the ways is physical, by surgically taking eggs and sperm. In other cases, in what I like to call “The Great Room,” humans have sex with each other on the ship and babies are created. Yup~ it is literally, physically true. Sorry virgins or married folks… Stuff is going down on board. 😉 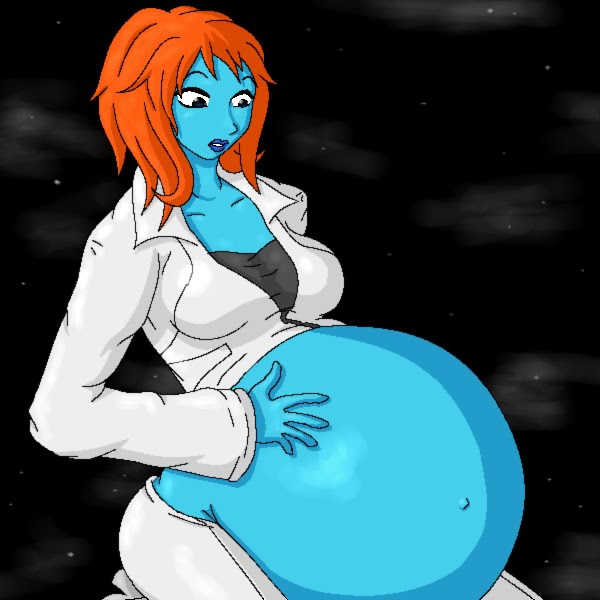 For the most part, the first-contact group of hybrid children (“Freelancers”) who will physically come to Earth are made up primarily of just your DNA.  Anywhere between 50-85% YOU and the rest being Zeta/ET mix (Sirian, Pleiadian, Arcturian, etc).  The ET DNA is not necessarily captured from those species directly, but by utilizing the DNA we already have from them within us.  The kids are almost literally YOU, the best parts of you. 🙂 As the program continues there will be more mixing involved with say 2 parents to one hybrid… then later on, there could be 10-30 parents in a kid!  The first kids will look the most like us, with the most human-like frequencies and genetics. The later kids will be more mixed, very alien in looks and feel.

With physical genetics, percentages vary from very low to very high. For instance, a child could have 1% from someone, 37% from someone else, etc. Robin Carpenter has three hybrid children with 85% of her DNA. That’s extremely high, making her children almost totally human. Seventeen of Sharon’s 23 kids have at least 57% of her DNA. The other six have lesser percentages but “wanted to count” as hers. 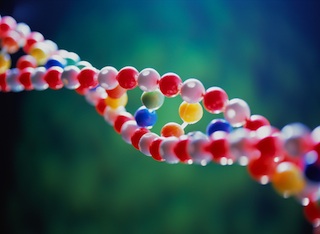 With the energetic contribution, certain elements and arrangements of the energetic makeup are copied that help facilitate the archetypal cross-connection energy representative of the ability to tune in and be an antenna to draw upon those types of energy connections. The mechanism is a reflection, a “copying” of the vibrational state and frequency of your genetic energy structure as a reference point of what you’re doing, playing out the theme you chose when you incarnated. The genetic material is used as a referral template in order to arrange preferred genetic codes in certain hybrid children. 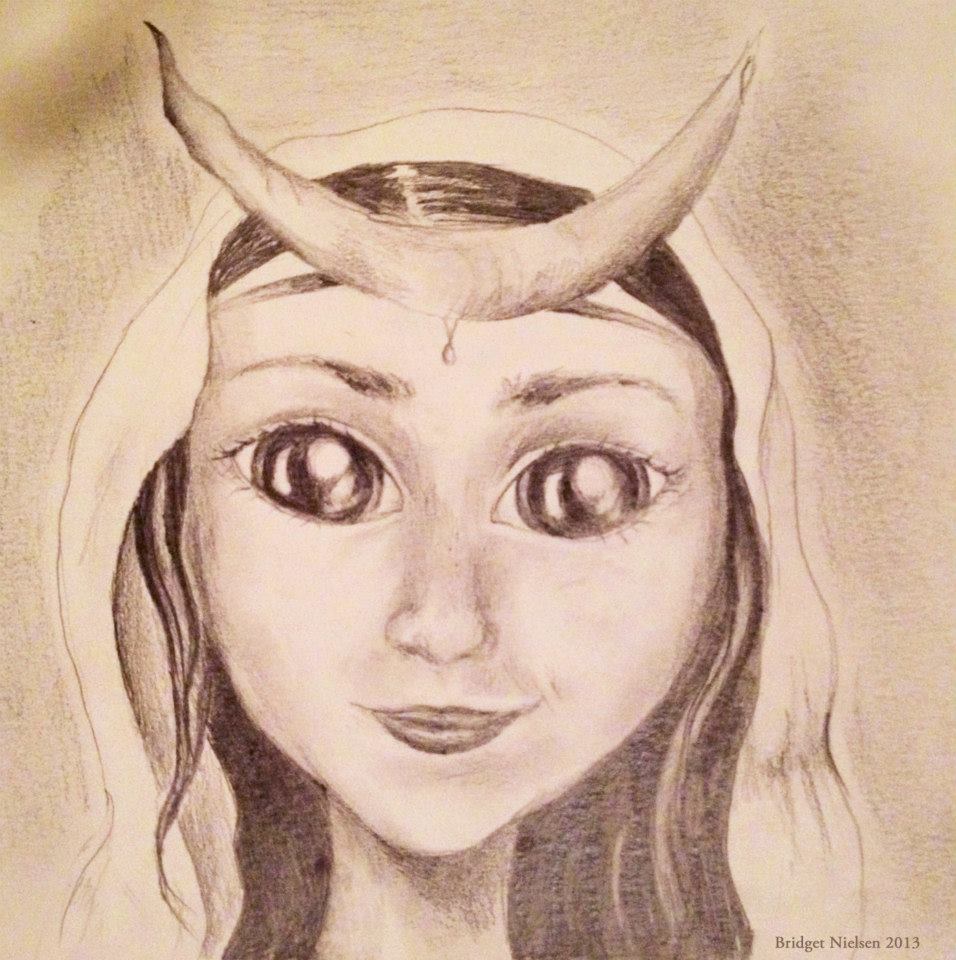 Male or female isn’t necessarily relevant in these mixings. I’ve been made quite aware that I share several children with my girlfriend and fellow hybrid mom Aluna Verse.  Our primary daughter together is Poppy a.k.a. Lilly Luna.

One of the HUGE things they are teaching us is it doesn’t really matter if we have 0%, 1% or 85% of our DNA or energetics in a kid… they all love us unconditionally and treat all of us like their most precious parents. 🙂

How do you tell a guy that you knocked them up on a spaceship (somewhat kidding) or your DNA was combined for a super-human hybrid child?

Question by a woman in our Hybrid Children Facebook Group that sparked this blog:

“A few days ago I experienced a visit from another child that revealed the memory of me being a mother of his and a very dear friend of mine to be a father of his. He has other DNA as well from a race of star beings that have not yet revealed themselves to me. I write this because I am having some confusion now. I am unsure if this is something I should talk to my friend about or if it is something I should leave in the astral layers of experience. I know clarity will come and that all is as it should be, I have just felt that sharing this here would help my eyes see that clarity. I am wondering if any of you have had an experience like this where another human who you know, is a part of your hybrid child’s family and how you have worked with it. Have you talked with them about it? Any intuitions or interpretations felt while reading this? Thanks for reading! Any feedback would be greatly appreciated. Big Love.” 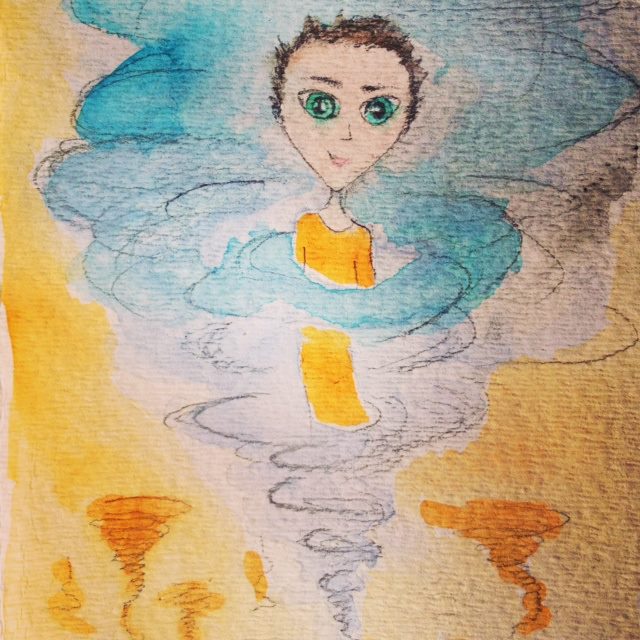 “Hello!! Thank you for writing and sharing. Your experiences sound INCREDIBLE!! I have spoken with several “hybrid baby daddies” about this… For the most part, they resonate with it and a voided part of themselves finally feels filled. I recommend, from experience, first sharing your interactions with the kids…. sharing your experiences, then feel how he (or she) is receiving it. If there is an opening, you could ask him if he has any ship/abduction memories or has had any dreams about this kind of thing… Start to open the door in a gentle way. Then, if there is another opening, you could share your insights about him being a father. I recommend letting 2 conversations happen around this. A warm-up to open the energy and subject for integration and another to share the big news. If he really is their hybrid father, he will know~ somewhat consciously. There are two ways it will likely unfold~ resistance or embrace.  Ride the wave of his energy and see what’s possible.  Let me know if you have any other questions and how it goes.  I am hearing from your kiddo that it is important for him to know, so pursue what is available.” 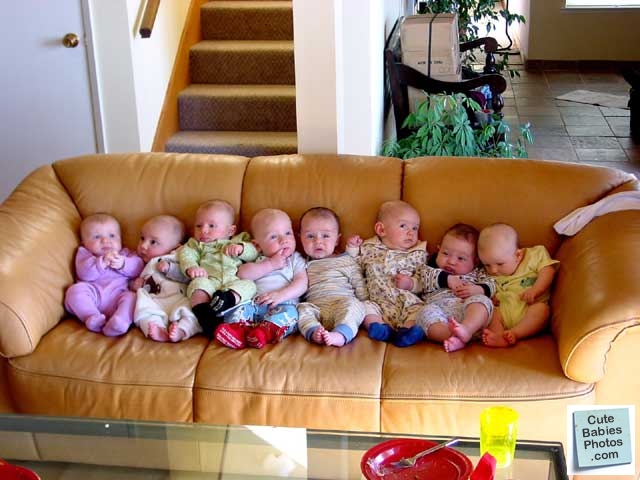 This is a VERRRRRY touchy subject and should not be taken lightly… or more so, is recommended to be revealed in the lightest way! It has the ability to TOUCH someone’s heart in the most ecstatic and relieving way possible or freak them out. When doing this, please follow your guidance and tune into the person to make it a gentle and happy unveiling. 🙂

Please let me know if you have any questions or would like any assistance!

Final Note: Hybrid Baby Daddies don’t have to pay child support, unless they want to. 😉